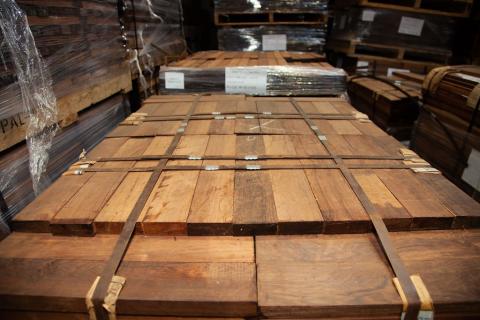 Rosewood ready to be crafted into bars 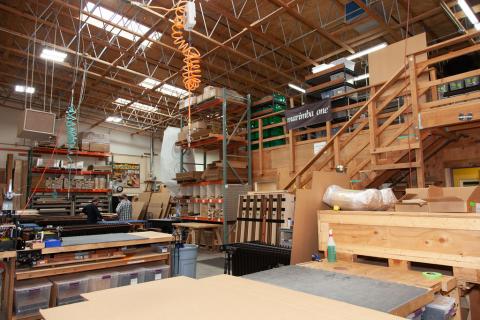 Part of the Marimba One shop 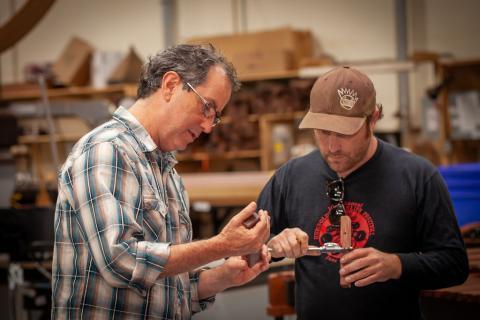 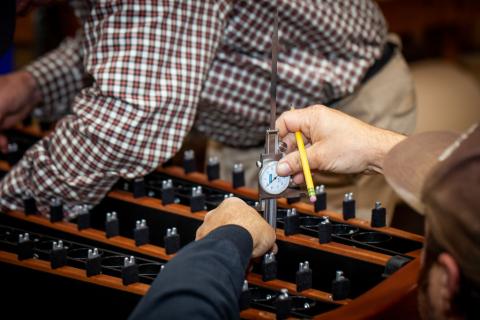 Final inspection of the instrument

The Sound that Started It All

As a 25-year-old college student working on a degree in psychology at Humboldt State University, Ron Samuels heard the sound of a marimba. It captured him, and he began to learn how to play.

After nine months of marimba lessons, Ron was ready to purchase his own instrument. But he quickly discovered that marimbas were too pricey for his student budget.

He decided to drop out of college for a woodworking job where he could learn the skills to build his own marimba. That decision was the start of a long, passionate journey of exploration and experimentation that led to founding Marimba One, the world-class instrument maker of today.

The first marimba that Ron built was a copy of a Deagan marimba. He thought that if he duplicated the shape of the underside of each bar, his bars would be close in musical quality to the Deagans. But his first marimba sounded so poor that he started over in his quest to capture that perfect sound.

Ron tracked down Del Roper and his brilliant partner, Lowell Montz, two men in their late 70s. They reluctantly gave this persistent young musician a one-hour tuning lesson that helped Ron plot a course to create a more musical instrument.

After five years of experimenting, he attended the 1988 Percussive Arts Society International Convention (PASIC) in St. Louis, Missouri. The instruments Ron saw and heard at PASIC amazed and inspired him.

He felt intimidated, but encouraged, and he committed himself to bring marimbas to the 1989 PASIC. In the fall of 1989, he drove his pick-up truck to PASIC in San Antonio, Texas, with his two newest marimbas.

Ron proudly showed his marimbas to everyone who stopped at his booth to hear them. His polite visitors encouraged him, and he collected two pages of comments and criticisms about his instruments.

Ron spent the next year re-designing the instruments, and the following year, he drove to PASIC in Nashville, Tennessee. This time the comments and criticisms were only a half a page. But he still had no sales.

Undeterred, he went back to northern California to hone his craft and improve his marimbas. The following year, he traveled to PASIC in Philadelphia with his latest marimba creations. He had spent the entire year re-designing his marimbas, addressing the comments and criticisms from the previous years.

Finally, individuals and schools started to purchase his marimbas.

Those first marimba notes overheard at HSU started it all, and led to what Marimba One (M1) has grown to today. Ron continues to be as passionate, innovative, and driven to make the world’s finest percussion keyboards and mallets as he was when he first started at 25 years old.

At a time when most manufacturers of musical instruments have moved offshore to have their instruments built, M1 continues to design and build all of its instruments and mallets in the university town of Arcata, California.