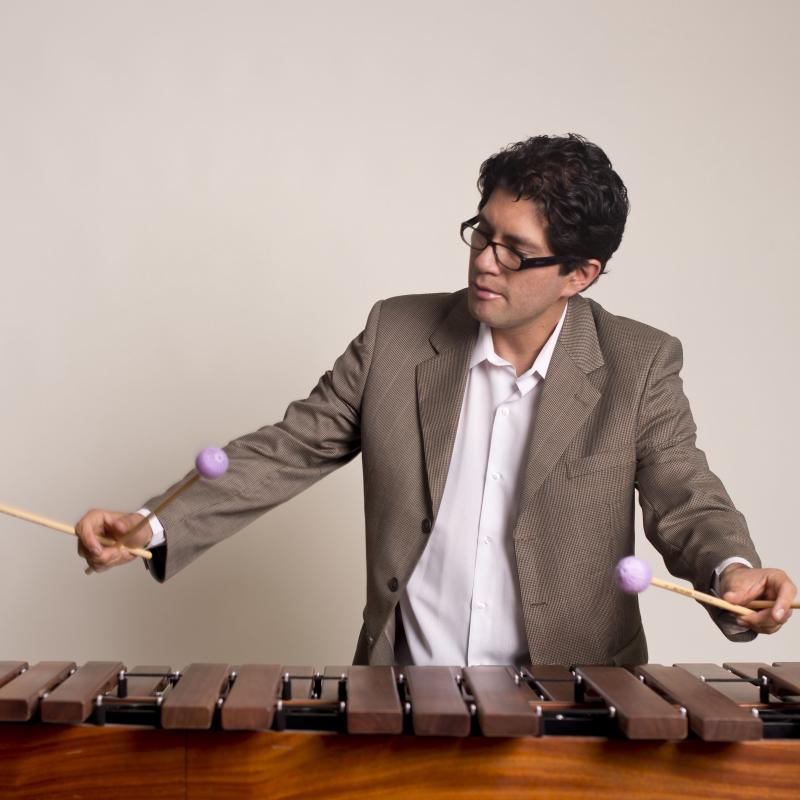 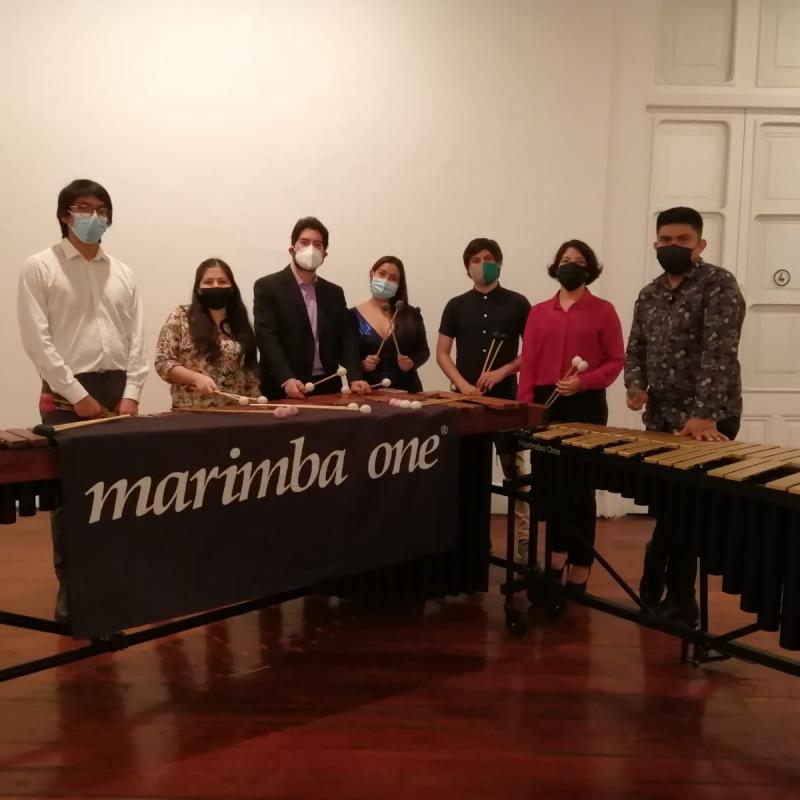 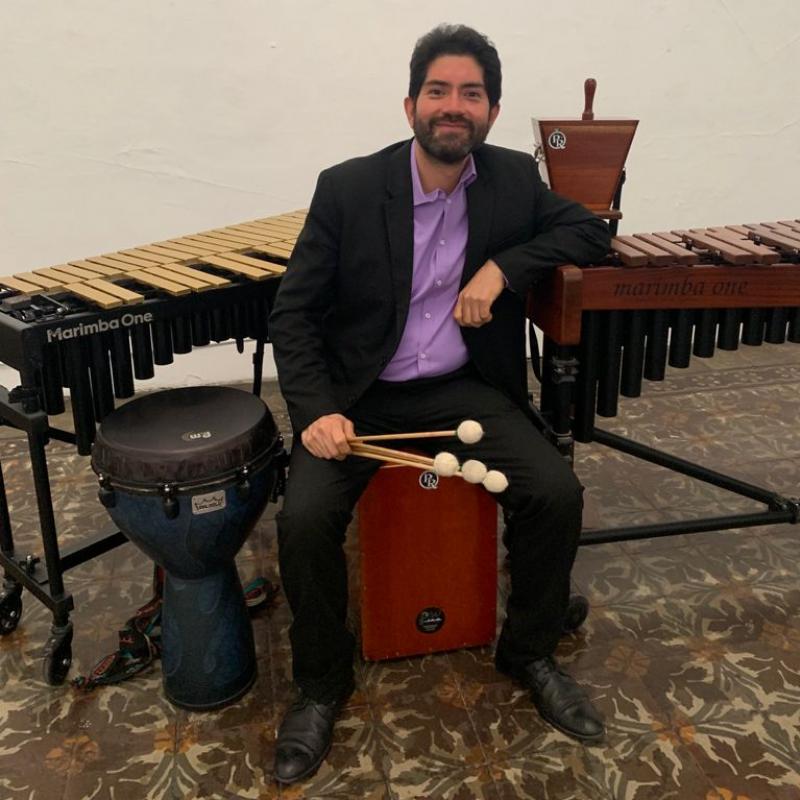 He has Bachelor degree and is Graduate in Academic Percussion from the National University of Music, an institution where he works as a teacher from 1999 to date.

Versatile musician, since he plays Vibraphone, Piano, Marimba and Percussion, in different musical genres such as Classical Music, Jazz, Fusion and Peruvian Music.

He carries out an intense professional work in various fields of Music, such as Interpretation, Education, Composition, Musical Production and Cultural Management.

As a Vibraphonist and Marimbist, he has participated both as a performer or as an exhibitor in various festivals and courses in the US, Europe and Latin America, highlighting his participation in the Zeltsman Marimba Festivals (2001, 2004 and 2010), the II World Vibraphone Contest (Clermont Ferrand, France 2002) where he received a special award from the qualifying jury, and the VI World Marimba Contest (Stuttgart, Germany 2012).

He is the creator and organizer of the International Vibraphone and Marimba Festival of Lima, Peru "VIBRACIONES", a Festival that born in 2010 and is going into its 10th Edition, hosting more than 60 international guest artists.

Musical director and arranger of Atelier Jazz Group, TAKAQ Percussion Ensemble, and Pianist of the “Ipsofacto Jazz Trio”, with whom he has recorded 02 musical productions “Introspective” (2012) and “Itinerante” (2019); at the same time he has accompanied various artists from the local and international scene.

As a composer, he has studied a Master on line in Music Composition with New Technologies at Universidad Internacional de la Rioja (UNIR-Spain) and he has created formative works for soloist, percussion ensemble and chamber music.

Since his first recording “Caminos de Arena”(2009) he had made 04 albums, and currently preparing his fifth musical production with his own compositions oriented to programmatic music.

Alonso Acosta is MARIMBA ONE educational artist, and in 2021 he celebrates 30 years of professional career.