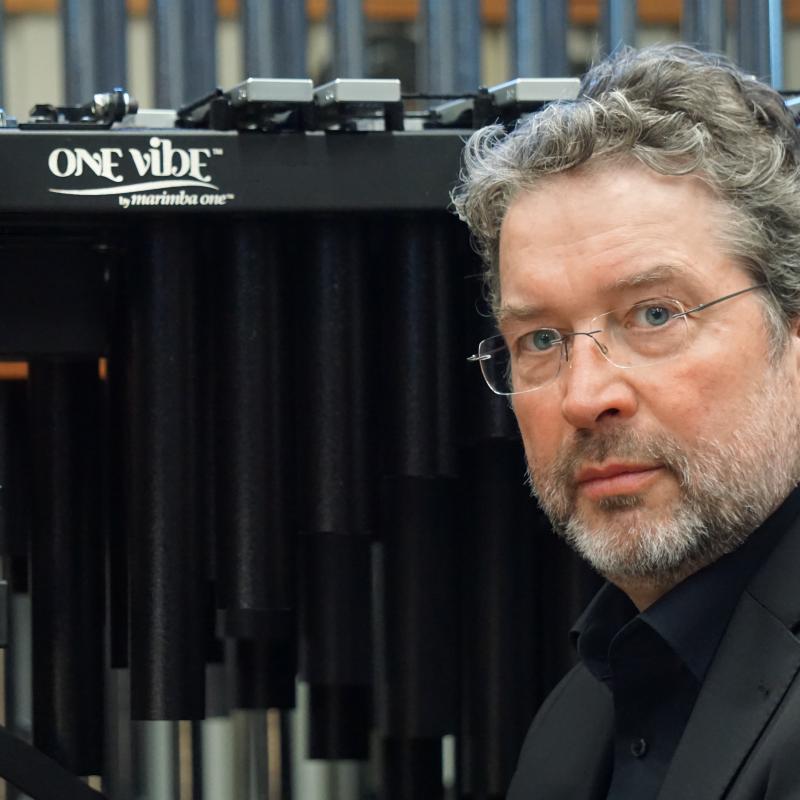 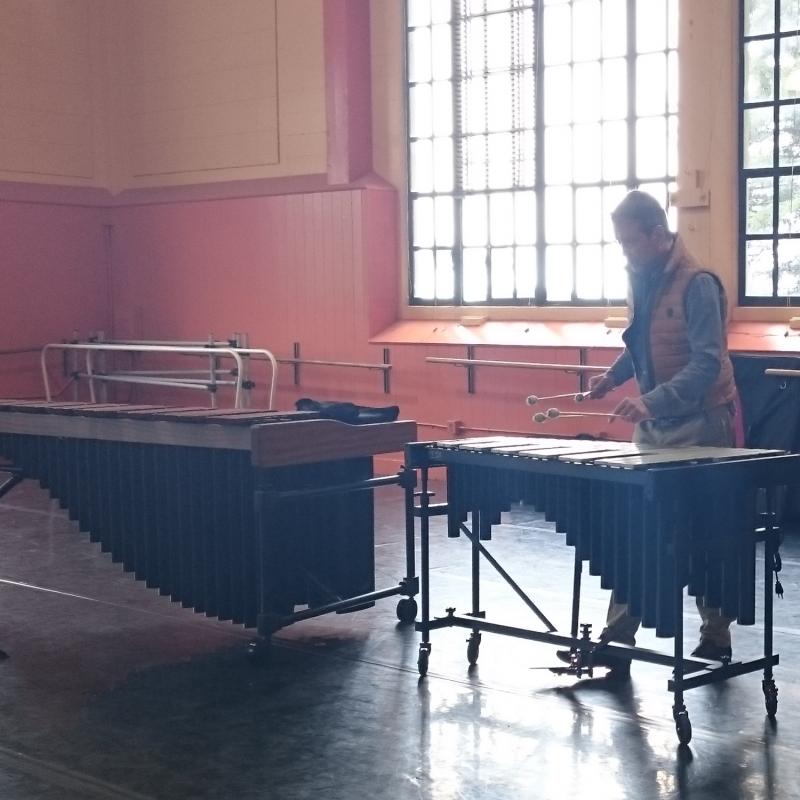 “Marimba One takes enormous care with its instrument design, tuning, craftwork and service.”

A.B. had his first percussion lessons in Guinea (West Africa) in 1968. He studied percussion and timpani at the State Conservatory of Music in Freiburg/Germany with Prof. Bernhard Wulff. As a member of the Ensemble Modern he participated in projects like the South Amerika Tour in 1982 and the Yellow Shark with Frank Zappa in 1992.

As a concert percussionist he worked with composers like Pierre Boulez, Helmut Lachenmann and H.W. Henze performing in several international festivals for contemporary music.

As a member in the Stockhausen Ensemble since 1984, he performed the percussion solo pieces like ZYKLUS, NASENFLÜGELTANZ, KOMET and Ensemble-pieces like KONTAKTE, HYMNEN, SCHLAGTRIO, REFRAIN etc.. He participated in the staged productions of MONDAY from LIGHT at La Scala in Milan and TUESDAY from LIGHT at the Leipzig Opera.

Since 1994 he is permanent professor for percussion and timpani at the Hanover State Academy of Music, Theatre and Media (HMTMH)/Germany.

In 2015 the HMTMH was host of the IKMMA 2015 (International Katarzyna Mycka Marimba Academy) to welcome Marimba artists and teachers from all over the world. In 2017 the IKMMA 2017 took place at the Humboldt State University in Arcata/California/USA. It was the chance for A.B. to teach and to perform with the new One-Vibe. As the main supporter of the IKMMA 2017 Ron Samuels invited all the teachers and participants to visit the factory of Marimba-One and to watch the enormous care about the construct, tuning, craftwork and service.