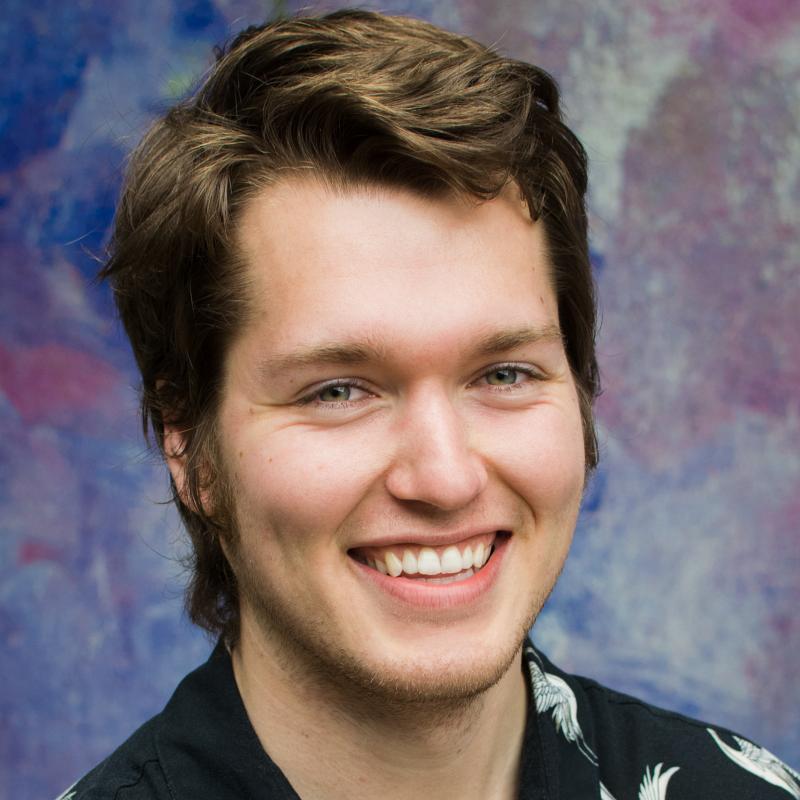 There’s really nothing like playing on a Marimba One. The resonance is astounding, the tone is unmatched, and it simply feels amazing knowing that the instrument will let you make music exactly how you want, and the marimba will never hold you back.

Cameron Denby is a  Métis percussionist based in Winnipeg, Manitoba, Canada. From a musical family, he started piano lessons at a young age, but soon became interested in the drums. Cameron focused primarily on the drumset, accompanying local choirs and musical theatre shows, until he discovered the marimba in high school. Once he began his Bachelor's degree at the University of Manitoba, the marimba had become his primary instrument. While he was at the University of Manitoba, Cameron collaborated frequently with other students, including his fellow percussionists as well as composers and singers. He also played with many ensembles, including the University of Manitoba Symphony Orchestra, the Musical Theatre Ensemble. He was a winner of the 2017 Desautels Faculty of Music concerto competition, and the Lieutenant Governor's Trophy for best overall performance at the 2018 Winnipeg Music Festival. After graduating from the Desautels Faculty of Music, Cameron studied the marimba with Jack Van Geem at the San Francisco Conservatory of Music, completing a Professional Studies Diploma in marimba performance.
​
Since returning to Winnipeg, Cameron has been working independently to create collaborative performances with artists in his community. In 2019, Cameron created the Fresh Blood Project, an ongoing initiative to support collaborations between emerging composers and percussionists. The project was opened with a concert in which 8 composers had pieces premiered by 9 performers. In the summer of 2020, Cameron recorded his debut EP, Music for Vibraphone. This four-piece EP featured music composed by himself, Stephon Davis, Kiara Nathaniel, and Steve Denby, with 100% of proceeds being donated to Black Lives Matter. As a performer, Cameron has traveled around Canada, to the United States, Cuba, Scotland, the Netherlands, Belgium, Ukraine, and Israel. He is the percussionist for the Chai Folk Ensemble , and recently finished recording their upcoming album A Great Light. Cameron has also performed with the Winnipeg Symphony Orchestra, the Winnipeg Police Pipe Band,

Cameron is currently based in Winnipeg, and since the 2020 COVID-19 outbreak, has been focusing on recording, livestreams, and supporting connections between the global community of percussionists. Cameron is proudly sponsored by Marimba One™.