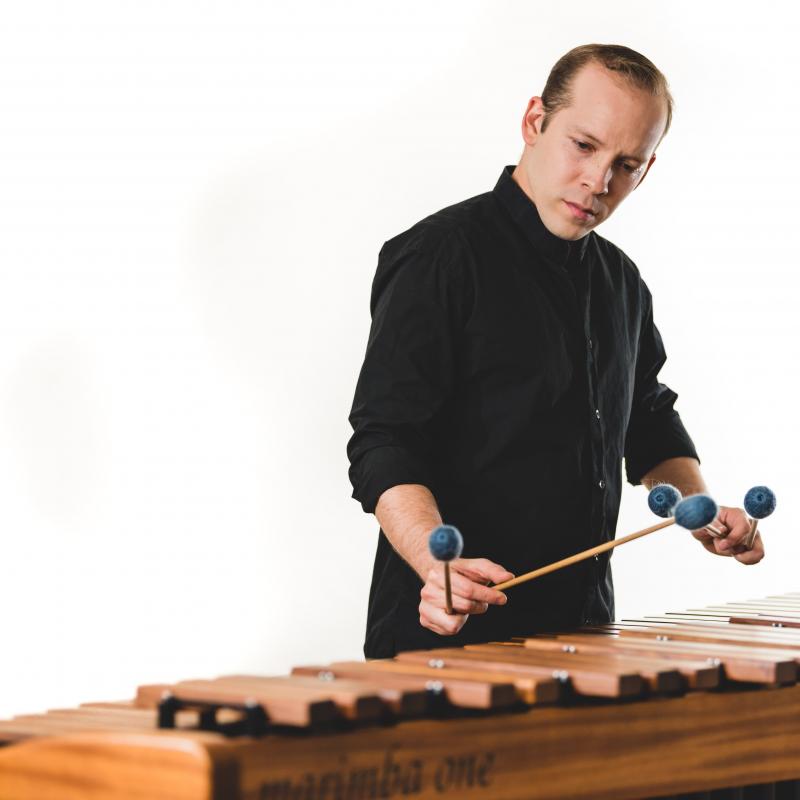 "With Marimba one I found the sound with which I identify myself. A big sound, comfort, beauty, without a doubt has helped me grow as an artist. Marimba One is everything I expect from a first class instrument "

In the educational field, he is currently working as a teacher of the classic percussion chair of the National Higher Conservatory of Quito and the Estudio de Percusion, both institutions of reference in the artistic formation of Ecuador. In relation to the artistic field, he performs as a percussionist of different music formats, including Pies en la Tierra, VIO trio, On suspicion and the proposal of maestro Juan Castro, one of the most prolific composers and pianists in Ecuador. As a soloist he has performed with the Symphonic Orchestra of the Universidad Particular de Loja, and the Simón Bolívar Symphony Orchestra of Venezuela, to which he belonged, making a career for five years.

In addition to the participations as a teacher and performer in different events related to percussion, he has participated in the recording of different discographic projects, among which are Bajo Sospecha Vol. 1, KATUKETI of Ensamble A Contratiempo, Altura Santa of the group Venezolaneando, the soundtrack of the movie "El Libertador" and "Rameau in Caracas" with the Simón Bolívar Symphony Orchestra of Venezuela. He was a member of the Percussion Ensemble of Venezuela and the Percussion Duet Marimdrom, with which different projects that enhanced Venezuelan chamber music were undertaken. These musical proposals have led him to be part of the Latin Latin Grammy recording academy and to tour different stages around the world, among which are Mexico, Argentina, Canada, United States, France, England, Ireland, Sweden, Scotland and Colombia .

Cesar Gonzalez is sponsored by Marimba One and Iñaki Sebastian Mallets and belongs to Percuaction's network of artists.