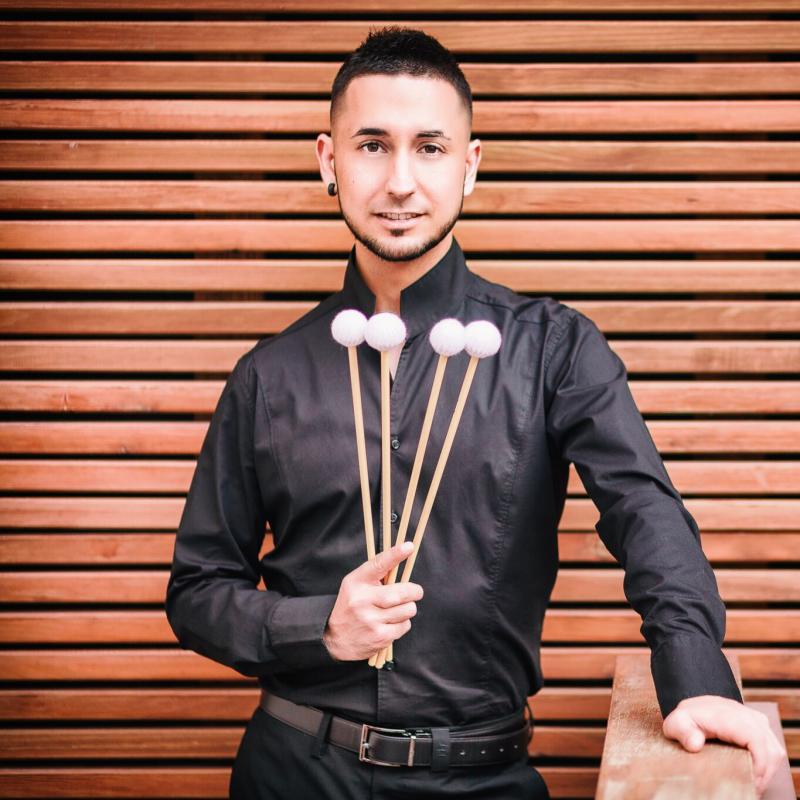 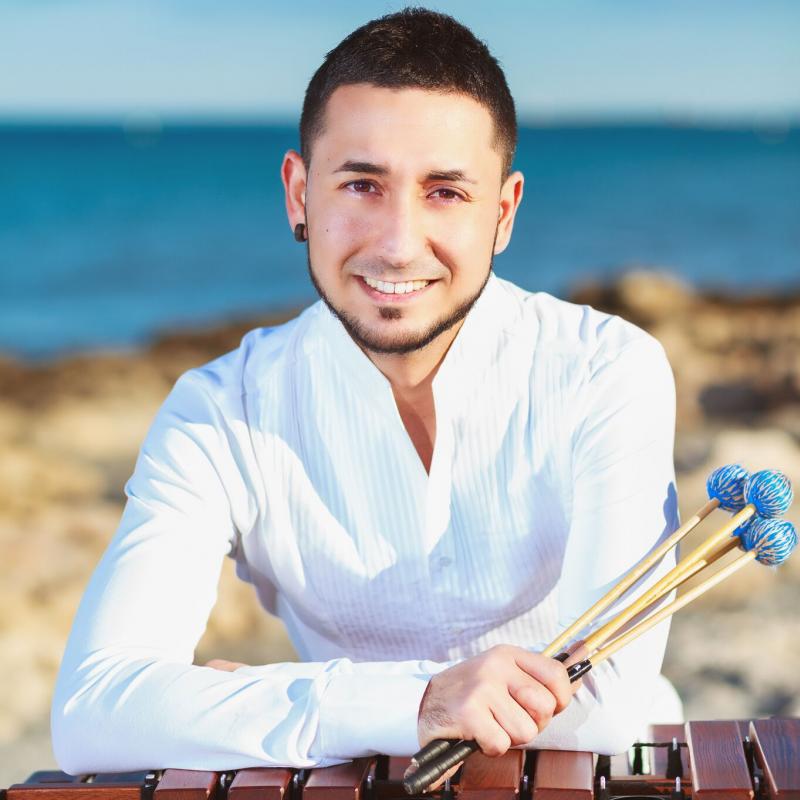 With Marimba One, everything is possible. The powerful and deep sound, the shiny and clear color, and the balance of the whole keyboard present a chance to create the best possible communication between the audience and the marimbist.

The marimba soloist Conrado Moya is currently one of the leading lights in the world of marimba music. He has been acclaimed for his extraordinary technique and expressive power, and a special magnetism while on stage.

Moya has performed as a marimba soloist all over the world in solo recitals, and as a soloist with symphony orchestras, bands and choirs. Likewise, he has been a frequent participant in international festivals such as the Percussive Arts Society International Convention in Indianapolis, the International Marimba Festival in Guatemala and the International Mercedes-Benz Music Festival in Shanghai. In the field of chamber music, he has performed with ensembles such as the Li Biao Percussion Group, and at present is a member of Marimba Quartett, and forms a duo with Katarzyna Myćka. His concerts have taken place in some of the major concert halls worldwide, including the Stuttgart Liederhalle, the Teatro Colón in Buenos Aires, the Teatro Julio Mario Santo Domingo in Bogotá, the Sala São Paulo in Brazil, the Oriental Art Center in Shanghai and the National Center for the Performing Arts in Beijing, among others.

Among his recent and upcoming engagements, of outstanding importance is the world premiere of the Concerto for Piano and Orchestra by Joaquín Rodrigo in a version for marimba arranged by Conrado Moya himself and authorized exclusively for him by the heirs of the composer, premiered by the Orquesta Filarmónica de Gran Canaria and conducted by Guillermo García Calvo, and intended as a starting point for a series of the Concerto worldwide. The European premiere of Everlasting Light, aRequiem for Marimba and Choir by Christos Hatzis (with the Bilbao Choir at the Guggenheim Museum in Bilbao and the Reina Sofia Museum in Madrid) should also be highlighted as well as concerts with the Bilbao Municipal Band at the Euskalduna Palace, tours in Germany and Spain with Katarzyna Myćka performing Bach’s Goldberg Variations (a realtour de force for marimba duo), and many solo recitals with Master Classes in Spain, Germany, Colombia, Canada and the USA.

Moya studied at the Conservatoire in Alicante (Spain), his home town. While attending classes there he also received tuition from the soloists Sisco Aparici in Valencia and Katarzyna Myćka in Stuttgart. Later, Moya studied in the “Hanns Eisler”Hochschule für Musik in Berlin under the guidance of the percussion soloist Li Biao. Before graduating, he had already gained recognition with awards such as First Prize at the ConUCOpercusión International Marimba Competition, the Honorary Award of the Alicante Concert Society’s Musical Interpretation Contest, and the Musical Interpretation Scholarship awarded by the Asociación Pro-Música Amadeo L. Sala, which mentioned his outstanding musical qualities and his work and commitment to the future of his instrument.

Conrado Moya is firmly committed to the development of the marimba as an instrument and to extending an awareness among the public of the instrument’s musical potential. To this end, he often collaborates with other marimba players and musicians of other instruments, and cooperates with both well-known and up-and-coming composers for marimba: a result of this type of cooperation was Silentium, his first marimba solo album. At the same time, Moya is involved in extensive educational work and is regularly invited to participate as a teacher in academies and Master Classes in Spain, Germany, Luxembourg, Canada, Colombia, the USA and Japan, among others, and to sit on juries in international competitions. He is currently marimba professor in Centro Superior Progreso Musical in Madrid, in Madrid Okho and in Percusons in Valencia.

Conrado Moya is endorsed by the American marimba maker Marimba One®