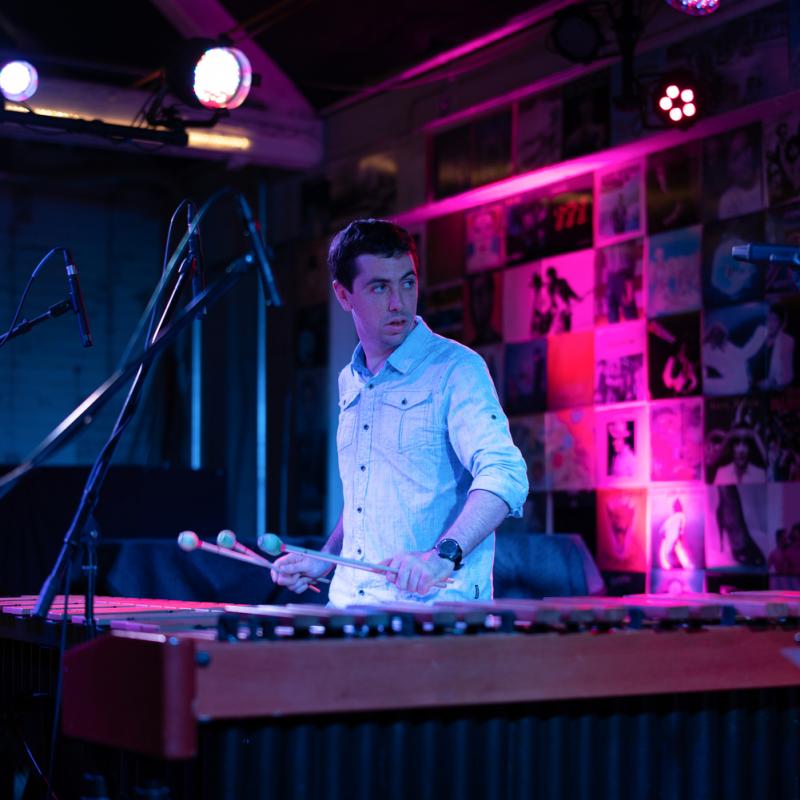 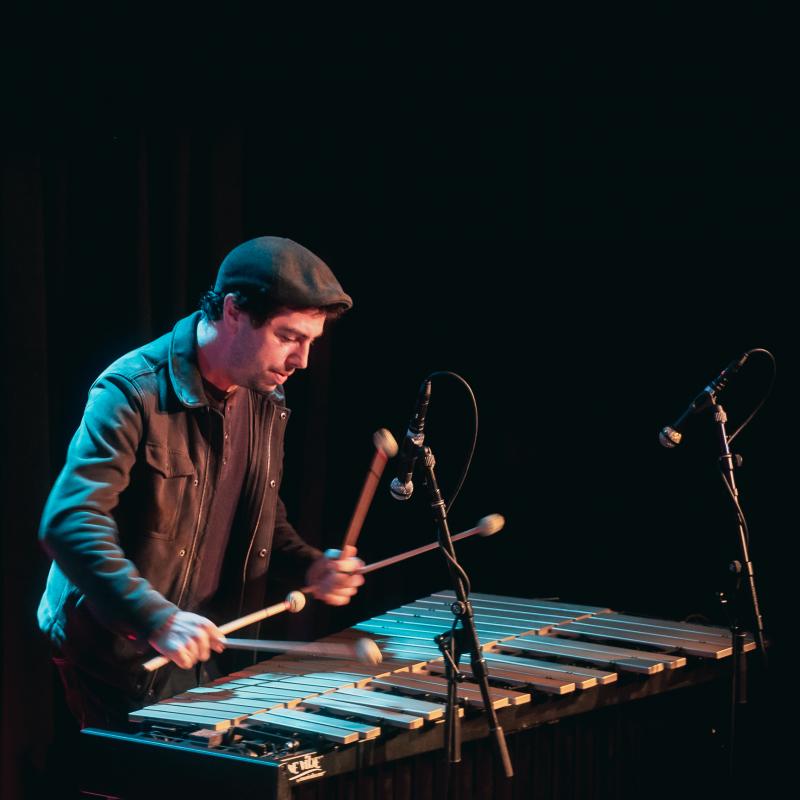 I’m an incredibly picky person and artist, sometimes to a fault. Marimba One has spoiled me by creating a vibraphone that finally keeps up with the demands I need from an instrument. Precision, reliability, robustness, sensitivity, clarity, intelligence, great tone, versatility, dynamic range, are all traits that describe the ideal musician in my world, and fortunately also describe the One Vibe perfectly. On top of all that, the folks who run the company and the factory are so kind and helpful and they demonstrate the utmost precision, attention to detail and heart in the work that they do. I’m grateful and proud to represent Marimba One going forward.

Dillon Vado is a professional drummer and vibraphonist in the San Francisco Bay Area, and a graduate of the California Jazz Conservatory in Berkeley. He grew up in San Jose, where he played many small club gigs on drums and marched snare drum for the Santa Clara Vanguard.

He has recorded at Fantasy Studios,  and played with many musicians at The Freight and Salvage, Yoshi’s, and the SF Jazz Center. He has also performed overseas at the Montreux Jazz Festival in Switzerland and the Umbria Jazz Festival in Italy. Some notable artists Dillon has had the pleasure of performing with include Art Lande, Hafez Modirzadeh, Royal Hartigan,  Marcus Shelby, Erik Jekabson, Jeff Denson, Alan Hall, Jovino Santos Neto, Marcos Silva and Kate McGarry.

Dillon was awarded 1st place in one of the Jazz Search West soloist competitions on vibraphone. Dillon was also acknowledged as the Most Promising Young Jazz Artist of 2017 from the  Buddy Montgomery Jazz Legacy Awards. He can be heard playing both drums and vibes on recent recordings with Alan Hall’s Ratatet, The Jeff Denson Quartet, and Erik Jekabson’s Electric Squeezebox Orchestra and leads several of his own projects, including Never Weather, The Table Trio, and Beyond Words: Jazz and Poetry. Blissonance by Never Weather is his debut album as a band leader and was just released in 2020 on Bay Area Label, Ridgeway Records.