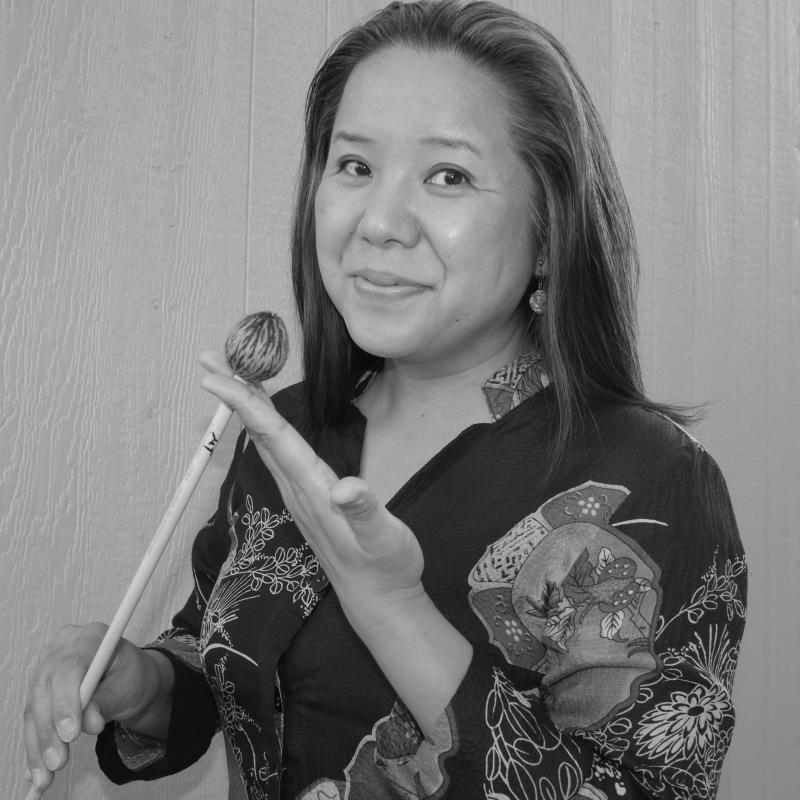 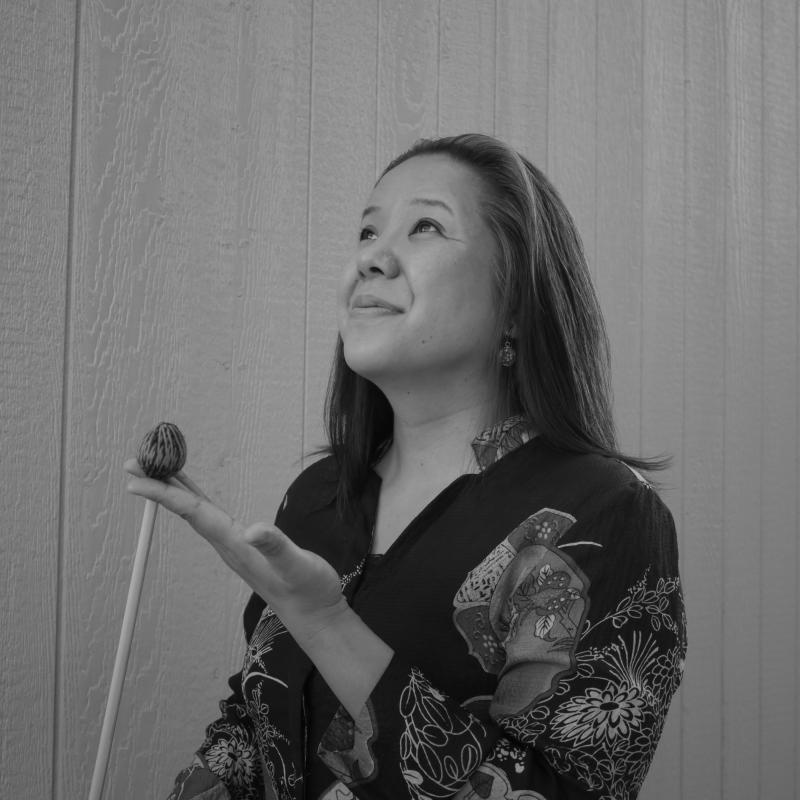 Dr. Miho Takekawa was raised in Tokyo and lives in Seattle.  Miho currently teaches at Pacific Lutheran University, where she heads the Percussion Studio and directs the school’s Percussion and Steel Pan Ensembles.  Her mallet percussion instruction has expanded to Pierce College Puyallup.  During the 2010-2011 school year, Miho served as the interim professor of Percussion Studies at the University of Washington School of Music, and functioned as the Japanese liaison between University of Washington School of Music and TY Music Exchange Japan from 2003 to 2010.  Currently she is the vice president of Percussive Arts Society Washington Chapter.

Miho began her serious piano instruction at the age of three and started percussion instruction at the age of thirteen, ultimately graduating from Tokyo’s prestigious Kunitachi School of Music.  She earned both her Master’s and Doctoral Degrees in Percussion Performance from the University of Washington School of Music in Seattle, where she was awarded the coveted Boeing Scholarship, among other honors.

Miho is a sought-after performer in many styles of music, working with groups ranging from classical music (such as the Seattle Modern Orchestra/Vashon Opera) to Mexican banda music to steel band and West African drumming.  She is a founding member of the Miho & Diego Duo (www.mihodiego.com), which has received grants from the National Endowment for the Arts and various awards from the Washington State Arts Commission Fellowship, Artist Trust Seattle, King County 4Culture, and more.  In addition to her own performance career, Miho has directed the North Rainbow Steel Drum Group (Sapporo, Japan) and served as an arranger for the Hirosaki University Steel Pan Group.  She has performed in the West Coast of the United States, Chile, Mexico, and Japan.  Her mentors include former NHK Symphony percussionist Tomoyuki Okada, jazz vibraphonist Tom Collier, steel panist Ray Holman, and former Seattle Symphony principal timpanist Mike Crusoe.

Inspired to share her passion for music with others, and especially younger musicians, Miho served as a board member of Steel Magic Orchestra Northwest, supervises the Puyallup School District Pans of Steel youth group and is a co-founder of Smile for Japan, a Seattle-based fundraising event for the victims of the Tohoku earthquake and tsunami.  She was also a contributing performer to a fundraising CD to aid victims of the Oso (Washington) Mud Slide.