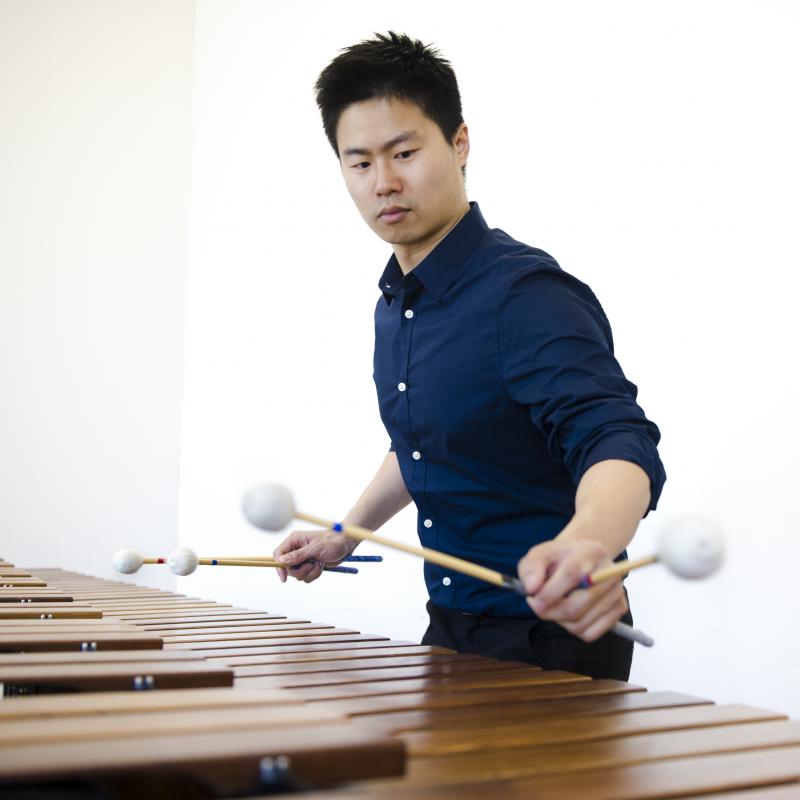 "I have performed many concerts on Marimba One™ marimbas and I love the sound! I really appreciate how every key on the instrument is so perfectly crafted to sing together with a unified voice."

Weichen is awarded the Outstanding Alumni Award of his Taipei National University of the Arts in 2017. In addition, Weichen is first prize at the 2008 Classical Marimba League International Marimba Artist Competition and first prize at the 2007 Italy PAS International Percussion Competition, Other awards include: the Laureate of The First Classical Music International Internet-Festival 2013 in Moscow Russia, the winner of 2013 Taiwan NTCH Young Star Series, Silver Medal of 2012 Houston Symphony Ima Hogg Concerto Competition, Third Prize of 2012 Atlantic Symphony Orchestra Concerto Competition, Second Prize of the 2007 PASIC Marimba Solo Competition, and the winner of 2007 Boston University Soloists’ Competition. Weichen received the Boston University Honors Award twice in 2008 and 2013. In 2014, Weichen was invited to be the lifelong membership of the National Music Honor Society Pi Kappa Lumbda. In 2017, Weichen is awarded the Outstanding Alumni Award of Taipei National University of the Arts.

Weichen is a Premier Artist of Marimba One, a signature artist of Innovative Percussion, and an Artist of Grover Pro Percussion.﻿