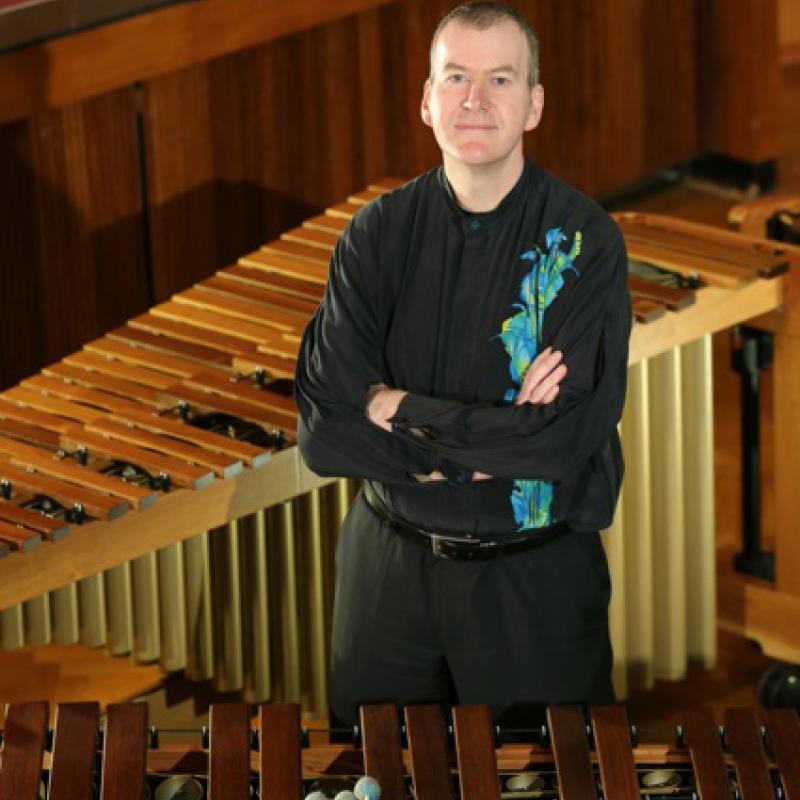 Franz Bach, born 1965 in Baden-Baden, Germany, started first with piano lessons and at the age of 13 he began to play percussion.
From 1986 to 1990 he studied classical percussion at the high school of music in Karlsruhe. After that he went to Prof. Peter Sadlo for a master study in Salzburg, Austria.
Since 1989 he has been working as the principal percussionist at the radio symphony orchestra Stuttgart.
In 1993 he started teaching first in Frankfurt, then for several years in Munich.
In addition he devotes on chamber music and plays marimba duo with Katarzyna Mycka, they already released five records.
Since then he has been playing percussion and mallet concerts composed by Takemitsu, Abe, Rosauro, Psathas and others.