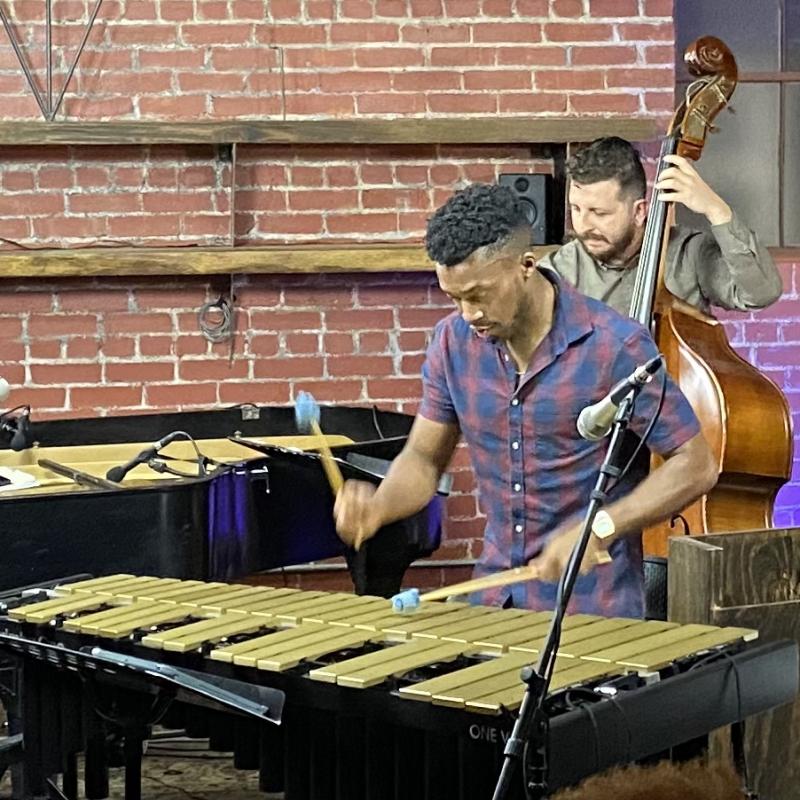 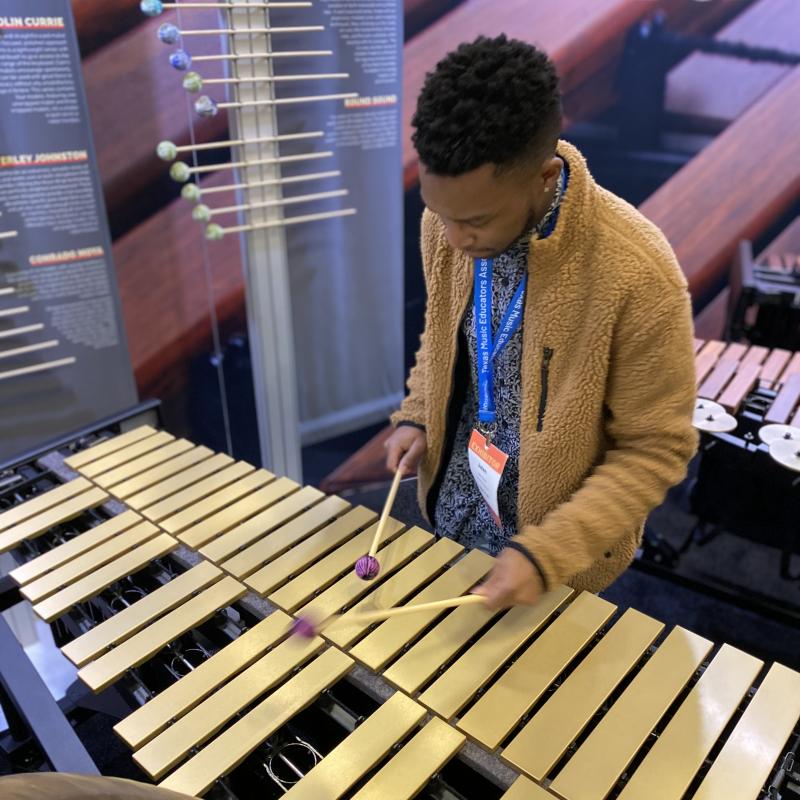 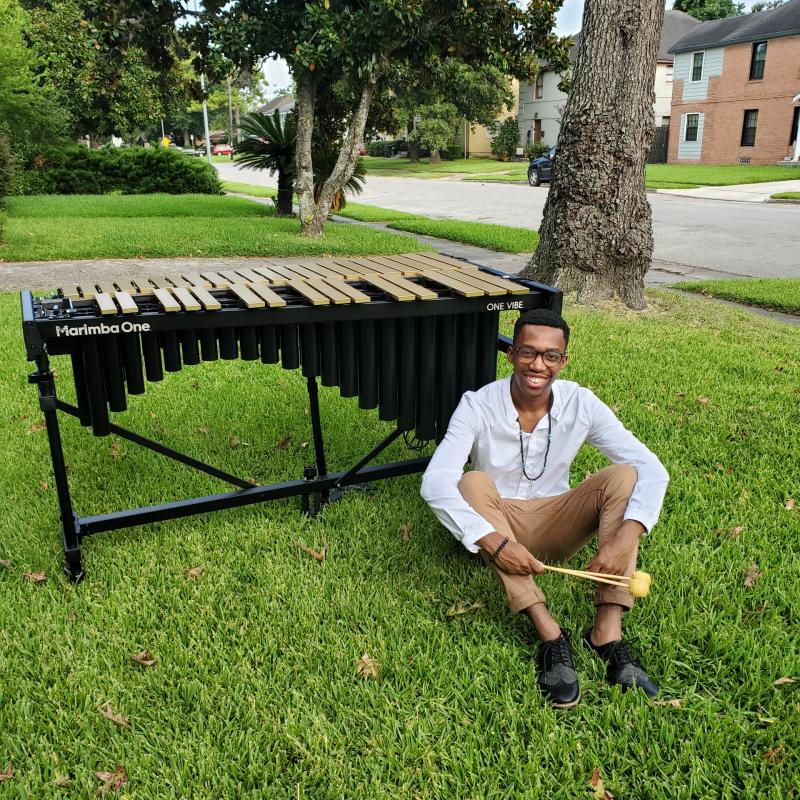 Jalen Baker, born in Washington DC and raised in Houston, TX, is a vibraphonist, percussionist, educator, and composer whose early training involved both classical and jazz. He decided rather early on to focus on jazz and in May 2017, Jalen received his BA in Jazz Studies from Columbia College Chicago. While matriculating at Columbia College Jalen studied with percussionist Jarrett Hicks. He distinguished himself as a jazz vibraphonist and received several accolades including outstanding soloist at both the Notre Dame and Elmhurst Jazz Festivals and was one of two students chosen to represent Columbia at the Arcevia Jazz Festival in Arcevia Italy. While in Chicago Jalen was also an active musician playing in various venues around town with the Jarrard Harris Quartet, The Dod Kalm Quartet, Human Bloom and his own group Musiki Tano. He was also chosen to be a member of the Chicago Next Gen Allstars by the Chicago Jazz institute.

Jalen was accepted as a Graduate Assistant in the Jazz Performance program at Florida State University and May 2019 received his MM in Jazz Studies. During his tenure at Florida State Jalen continued to distinguish himself as a performer and was chosen as a Ravinia Jazz Fellow in 2018. He has been an active performer with the Leon Anderson Quartet, The Ulysses Owens Trio and The Ulysses Owens Quartet as well as leading his own band Musiki Tano in venues in and around Georgia and Northern Florida. Jalen was also recently the featured guest with the Savannah Jazz Orchestra.

Jalen continues to compose and perform. His unique blend of original modern jazz compositions and jazz standards make for exciting performances. His classical music background also makes him an educator easily relatable to students across genres of music.