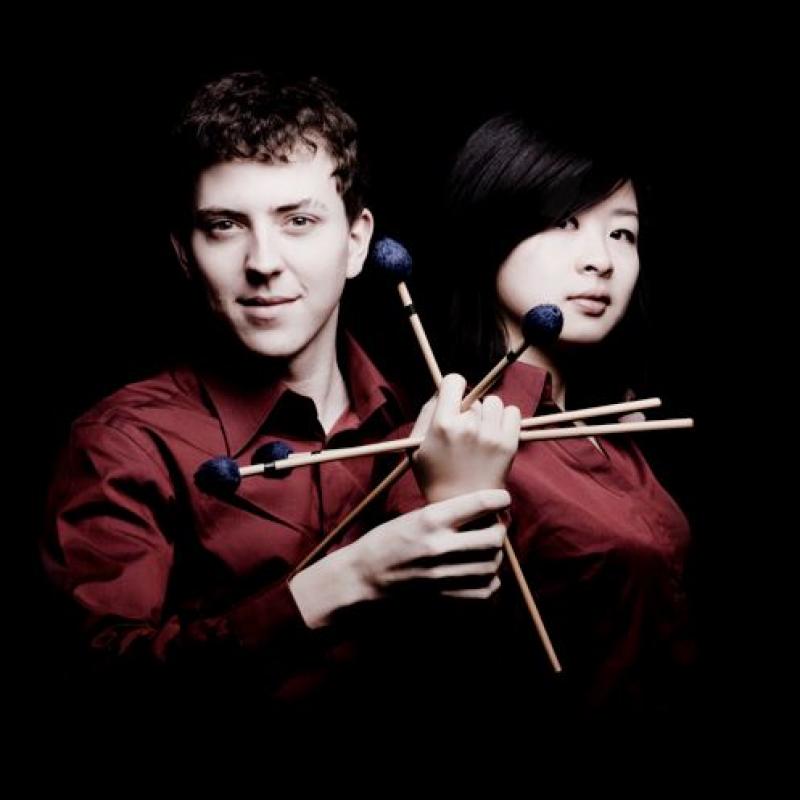 The collaboration between Rachel Xi Zhang (China) and Laurent Warnier (Luxembourg) has since then, reflected a blend of cultural and musical influences. Coming from vastly contrasting backgrounds, they found common ground through percussion, fusing ideologies to form the uniquely international duo that they are today.

Their Debut recording Ravel - Dances and Fairytales which was released by the BIS label gained high critical acclaim, being called "A treat for audiophiles and percussion fanciers alike; a duo to watch". (Music Web) and “…(their) transcriptions … convey some incredibly tender and emotional moments." (Pizzicato Magazine).

The Duo constantly strives to contribute to the field of contemporary music, and to date have premiered new compositions written for them by composers from China, Luxembourg, U.S.A., Canada, Japan, the Netherlands, Israel, Great Britain and Uzbekistan.

Rachel and Laurent are Marimba One endorsers, currently based between Amsterdam (NL) and Luxembourg (LU).