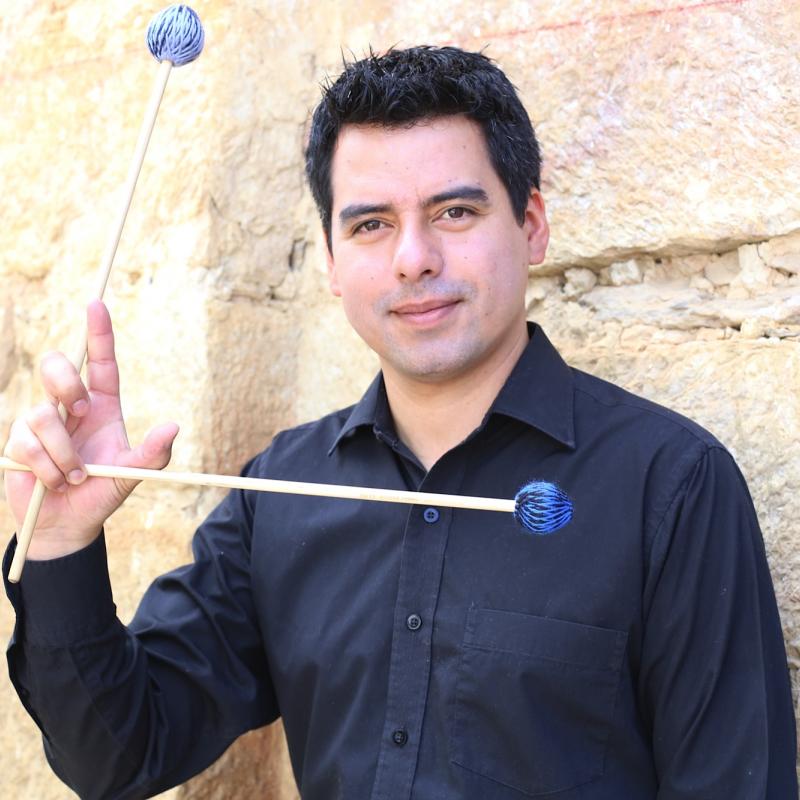 Born in Colombia, Juan David Forero started to play percussion and marimba at the age of 14 under Federico Demmer in the National University of Colombia Conservatory of Music, there he also studied with Rafael Zambrano, William Leon and Mario Sarmiento on Percussion and with Libardo Saavedra on Conducting.

In 2006 Mr. Forero participate in the International Marimba Competition in Linz winning the IKMMA award, a special prize who gave him the oppportunnity to travel to Poland to the International Katarzyna Mycka Marimba Academy in 2007 as winner of a scholarship.

After this experience Juan decided to create the “Taller Nacional de Marimba”  (National Marimba Workshop) a educational event created with the intention of show the marimba music to the general audiences and to work with young talented musicians in the developing of their technique and repertoire.

Since 2003 he is the Timpanist in the National Symphony Orchestra of Colombia, with this orchestra he has toured different countries as Ecuador, Spain, Israel and Oman. Also he has worked with important conductors and soloists as Gustavo Dudamel, Irwin Hoffman, Rosen Milanov, Colin Currie, Johannes Moser, Roberto Alagna and Boris Berezovsky among others.