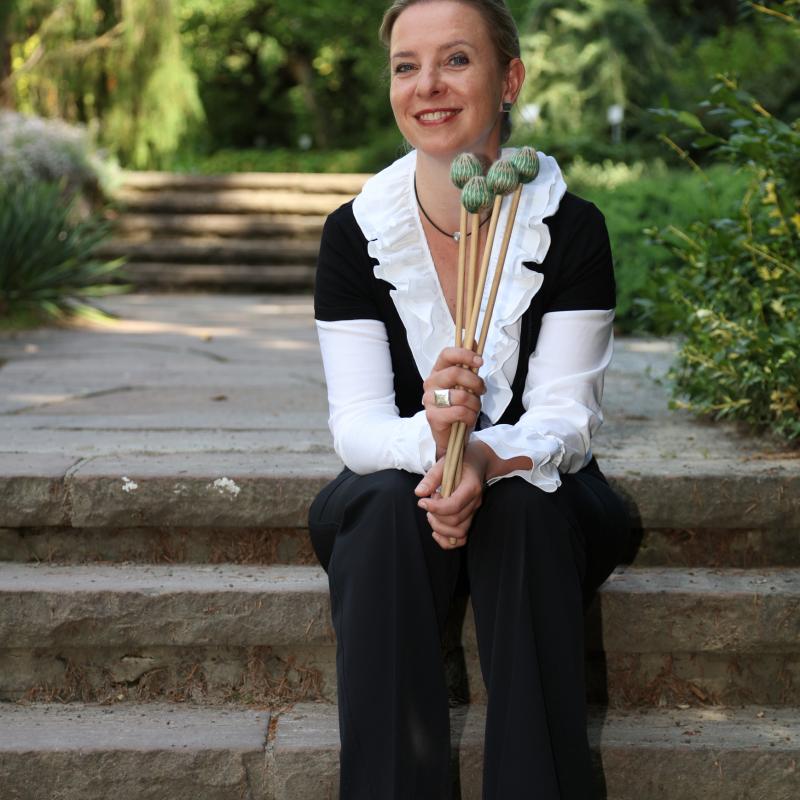 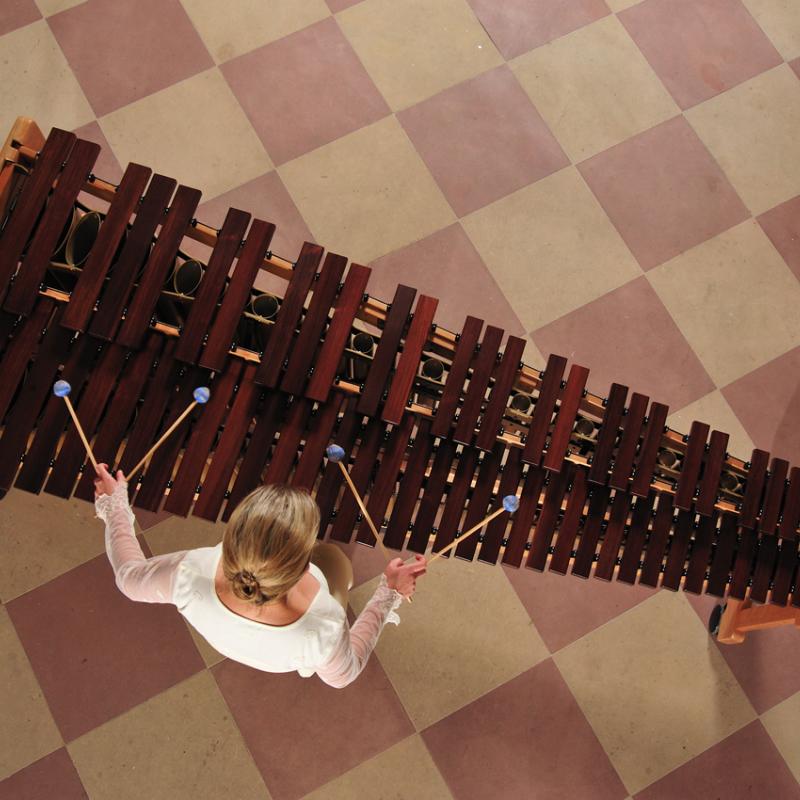 ... A conscious choice of sound in a perfect form

Critics have given the internationally renowned marimba virtuoso and chamber musician Mycka the sobriquet “she who dances with the mallets”: “the greatest fluidity”, “perfect mallet technique,” and a “marvelous, rhythmic precision” are characteristic for the musician, who is able to simultaneously produce up to six tones on her concert marimba with the sixty narrow wooden bars and resonance pipes.

Expert circles testify to the “extraordinary richness of tone quality” and “fascinatingly broad palette of musical effects” that the marimba, which is rarely heard as a solo instrument, produces under the whirling mallets of the musician from Stuttgart with Polish roots. Audiences are also enthralled by the artistic elegance and dance-like energy of her playing.

After receiving training in piano and drums, the artist born in 1972 discovered the marimba as her “ideal medium for musical expression” while studying at music academies in Gdansk, Stuttgart, and Salzburg. Numerous prizes and awards at international music competitions then followed: in 1995, first prize and audience prize at the International Percussion Competition Luxembourg for Marimba Solo, one year later first place at the First World Marimba Competition Stuttgart. Then followed stipends and invitations to master courses in the United States, Asia, and various European countries, through which the young musician soon developed a network in the music scene.

The large concert marimba has only existed in its current form since the mid-1980s. Katarzyna Mycka, who was honored by the Polish Percussive Arts Society in 1999 as "Ambassadress of Polish Percussion Art,” emphatically promotes the popularization of the marimba. For her, this includes a commitment to training young players and participation in juries at international competitions, but in particular the International Katarzyna Mycka Marimba Academy (IKMMA), which she established in 2003.

The artist’s multifaceted solo program includes not only transcriptions of the works of Johann Sebastian Bach or Sergei Prokofiev, but also original compositions by younger composers such as Emmanuel Séjourné or Anna Ignatowicz. The artist has in the meantime recorded a cross-section of her repertoire on six CDs.

Katarzyna Mycka dedicates “a lot of time and enthusiasm” to collaborating with composers who “explore and understand the special and marvelous sound of the marimba.” In this, the guiding principle, says the musician to whom numerous concerts and chamber music works have been dedicated, is “musical trust.”

She also connects such trust with the renowned Mandelring Quartet, which has become a regular partner. The four strings and Mycka’s marimba are a highly unusual combination, which astounds and delights critics and audiences in equal measure “marvelously rich in tone..., always with elegant sound and in inspired communion.”