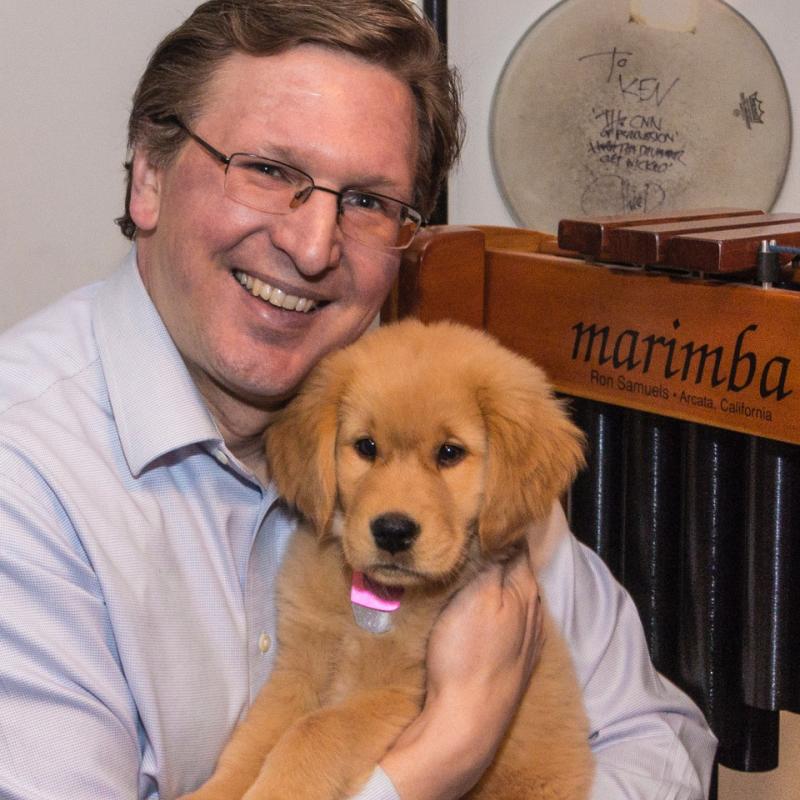 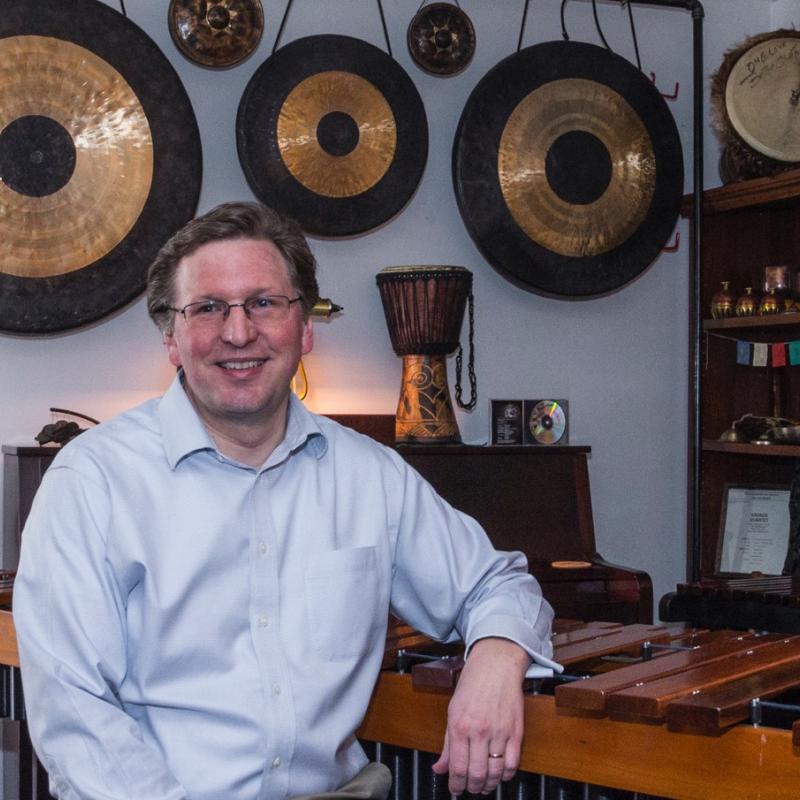 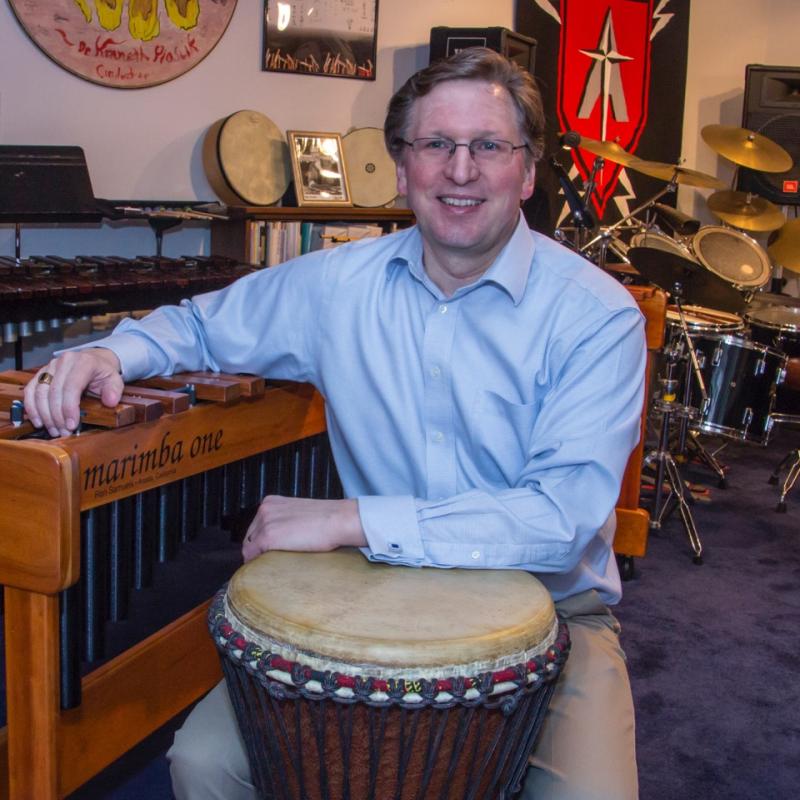 “I will never forget hearing my first Marimba One at PASIC in 1990.  I instantly fell in love with the warmth, balance of all the registers, and pure beauty of the craftsmanship.  I bought that very marimba and will always be part of the Marimba One family!”

Dr. Kenneth Piascik has always walked to his own beat.  Dedicated to performing a wide range of music and providing the best education to students at the university and public school level, he makes for a good story around the campfire.

Once upon a time… a young boy was given the chance to play the drums at his uncle’s wedding.  From that time on, all he could think about was the drums.  It was not until 1982, when he started studying percussion with Stuart Miller and then met Joe Mekler, that his world began a whole new journey that encouraged him to attend William Paterson University, under the tutelage of Ray Des Roches, and perform with the New Jersey Percussion Ensemble.

After a short intermission with his rock band and programming computers at AT&T, the young adult was summoned back to the university to begin his graduate work.  This is where he first experienced the joy and power of teaching and decided to complete his Doctorate of Musical Arts from the State University of New York at Stony Brook.

Dedicated to performing new music of the 20th and 21st centuries, Dr. Piascik has performed with the Chamber Music Society of Lincoln Center, the Charles Ives Festival, the Composers Guild of New Jersey, Stony Brook Contemporary Chamber Players and the New Jersey Percussion Ensemble.  While living in the San Francisco Bay Area, Dr. Piascik was an active member with the San Francisco Contemporary Music Players, UC Davis Contemporary Music Players, Earplay, New Music Works and West Bay Opera.  In addition to several domestic and international tours, Dr. Piascik has also been featured on television, National Public Radio, and has recorded on many labels.

In addition to being an active chamber musician and soloist, Dr. Piascik is deeply committed to music education.  Besides clinics and workshops, Dr. Piascik has taught at Foothill College, Stanford University, Rutgers University, Manhattan School of Music and the County College of Morris.  Dr. Piascik is also proud of his private studio, AmusiK Studio (est. 1991) in which he is honored that several of his students are actively involved in music, both professionally and at leading music schools throughout the United States.  To further develop young percussionists, Dr. Piascik has directed numerous percussion ensembles including founding the renowned California Youth Symphony’s and New Jersey Youth Symphony’s Percussion Programs.

Besides spending time with his family and playing his drums, Dr. Piascik is currently on the faculty at Black River in Chester, New Jersey.  He proudly endorses Marimba One, Vic Firth, and Sabian Cymbals.