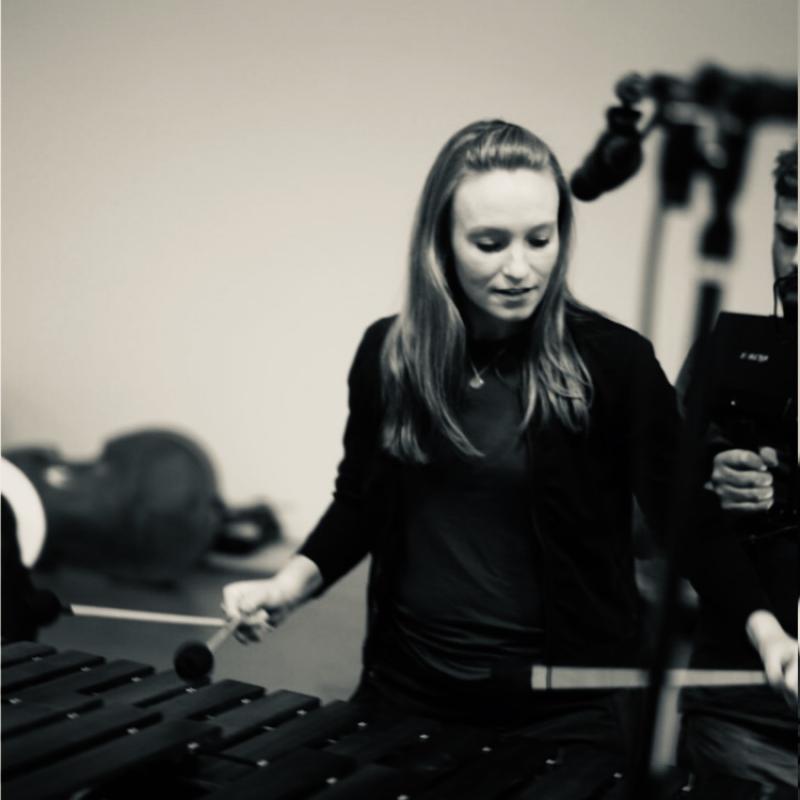 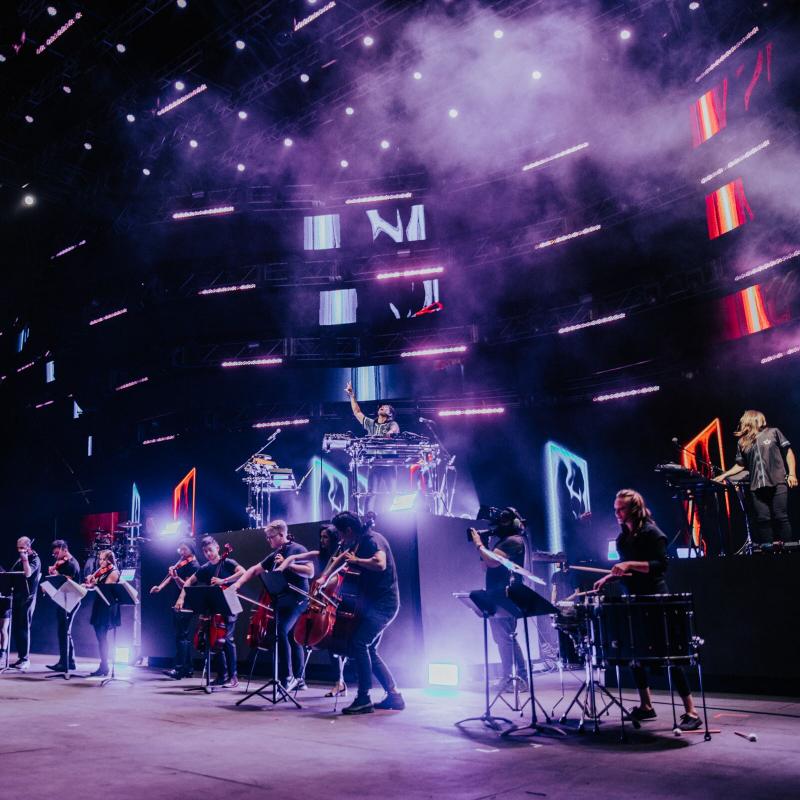 Marimba One is 'home' to me - it is the sound I remember as I was first learning, began growing, and continue exploring to this day. It's where I feel I best speak through an instrument, and the beauty in craftsmanship and quality encourages me to dig deeper in my own expression every time - you could get lost swimming in these overtones some days, I swear!

Los Angeles-based percussionist Kristen Klehr tours internationally with Scrap Arts Music, owns Produced by BEAR, and enjoys a multifaceted career path within the music industry. Her most recent playing engagements include Coachella 2019 on the Sahara Stage with Gryffin, Hotel Café with singer/songwriter Sonja Midtune, and you will be able to hear her sound on the upcoming double vinyl “String Theory LA” album, a German-American collective collaboration, slated for Fall 2019 release.

Kristen is thrilled to be a featured guest at Marimba + Voice Fest 2019, and was on faculty at Malletlab 2018. Most recently she played marimba for the premiere of rock musical “Skullduggery” in Hollywood, drums for rock-soul recording artist Dana James, percussion for Grammy-Award winning singer Hila Plitmann, and explorative new music with arts collaborative “Trespass Project,” a dance and visual arts partnership with the Highway Performance Series. You still might find her playing the occasional orchestral percussion gig in Los Angeles or with the conductorless chamber group One Found Sound in San Francisco, as well as drum set and percussion sessions for various pit orchestra musicals in the South Bay. One of her career highlights includes performing with NEXUS at PASIC 2015, and in her spare time she enjoys working on an evolving marimba/voice project, collaborating with other singer-songwriters both in LA and New York.

Kristen was classically trained at Baldwin Wallace University Conservatory of Music in percussion and voice, and has studied primarily with Josh Ryan, Joel Smales, Joanne Uniatowski, and Randy Messing. Additionally she earned a master’s degree in Arts Administration from Florida State University in 2014, and a continuing education certificate in "Business of Art" from the Los Angeles Center for Cultural Innovation in 2016. Kristen currently is an adjunct professor at Mount St. Mary’s University teaching Music Business and Arts Entrepreneurship.

Kristen Klehr wears RYU Apparel and is proudly endorsed by Dream Cymbals and Gongs, Marimba One, and Vater Sticks and Mallets.