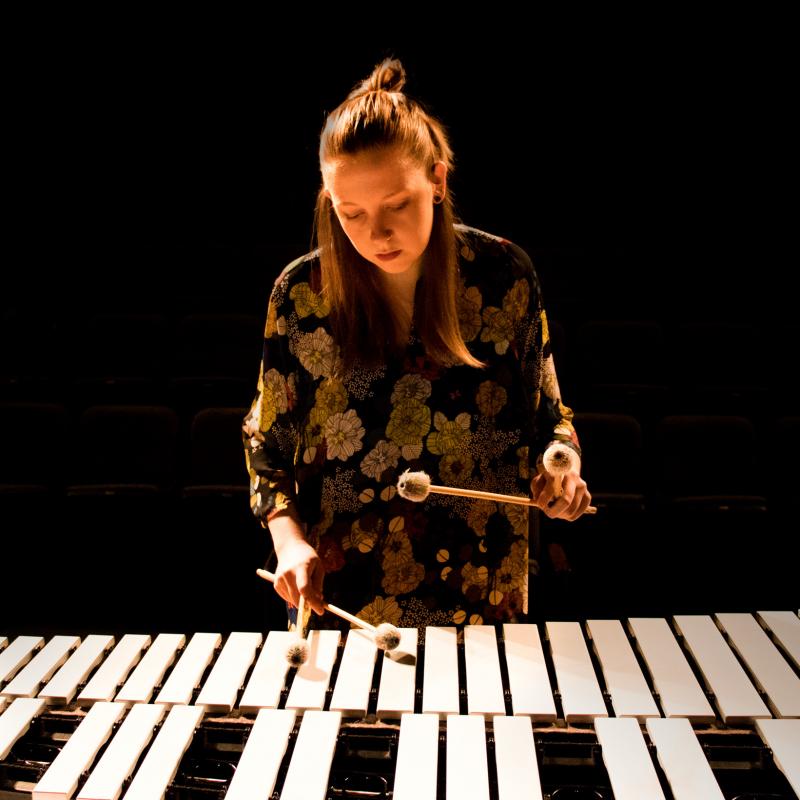 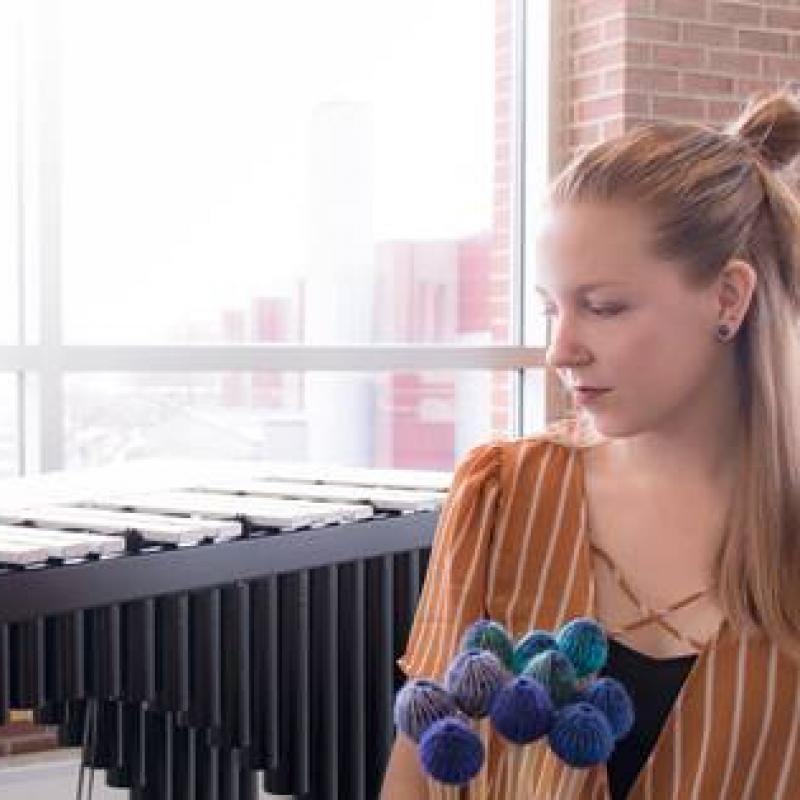 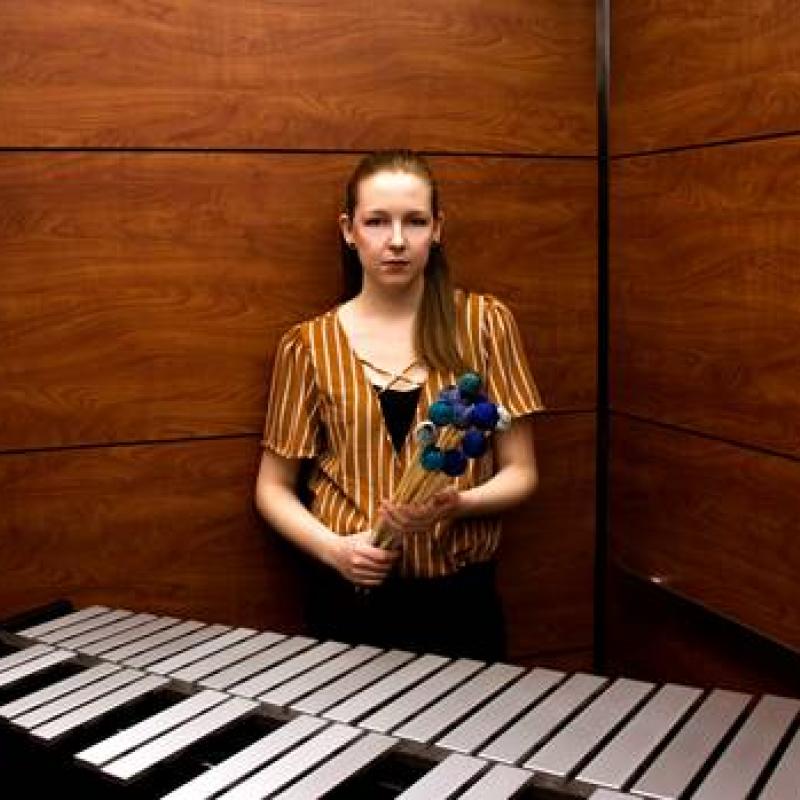 "Marimba One has out done themselves with the One Vibe. This instrument delivers the same exceptional warmth that has become a hallmark of the Marimba One sound, with a sleek, efficient frame and precision pedal. There is no other vibraphone I would rather stand behind! "

Lindsey Eastham (b. 1993) is an award-winning percussionist, educator, and collaborator. Born in Los Angeles and based out of London, Lindsey has enjoyed performing throughout Europe and the US as a soloist, and with her duo EASTHAMA and the World Percussion Group.

With a devotion to creating new music for percussion, Lindsey has commissioned and premiered works by several composers including Ninfea Cruttwell-Reade, Gordon Stout, Heloise Tunstall-Behrens, Emmanuel Berrido, and Amy Victoria Thompson. Her performances usually concentrate on curated programmes of modern works, that examine percussion instruments in a new light, and are easily enjoyed by all audiences.

Lindsey made her UK debut as a soloist in 2019 with a performance of "Echo", a vibraphone concerto by Amoret Abis, at St. Alfege Church in Greenwich, London. More recently she has been collaborating with the Sounding Eye Collective, an international artist collective combining visuals, music and live performance, on their most recent work Dreamerfly and other stories, sponsored by the Herbert Art Gallery in Coventry, UK.

Since 2013 Lindsey has enjoyed performing around the world with Japanese percussionist Hiromu Nagahama in their duo, EASTHAMA. Winners of the Southern California International Marimba Competition (2014) and the Great Plains International Marimba Competition (2017), EASTHAMA has premiered new works for percussion duo by Gordon Stout and Dallas J. Howard, as well as the U.S. premiere of Maciej Malecki's double concerto, Contemplations at the Fountain with the Ithaca College Symphony Orchestra in 2017.

Known as a passionate and engaging performer, Lindsey is equally involved in various music organizations. She is currently the Vice President of The Vibraphone Project, a US-based nonprofit championing the vibraphone, formed to celebrate the instrument's centennial with a series of commissions, performances, and online events. As co-founder and Artistic Director of un/pitched: New Music Network, Lindsey has developed several projects presenting new music with a focus on direct composer/performer collaboration, including a US tour highlighting newly commissioned works for vibraphone and percussion alongside educational presentations addressing entrepreneurship for emerging contemporary musicians presented by herself and composer Dallas J. Howard.

An experienced educator, Lindsey has taught percussion and piano privately since 2014, and taught percussion methods to music education majors alongside a studio of music minor and non-major percussion students at Ithaca College between 2016-2018. As a visiting artist, Lindsey continues to share her passion for new music through clinics and masterclasses, and has presented at institutions including Oklahoma City University, Southern Utah University, Texas A&M University Commerce, Cal Poly Pomona and The Sibelius Academy.

Lindsey holds a Bachelor of Music degree from California State University Northridge, a Master of Music degree from Ithaca College where she was an assistant to Gordon Stout, and a Postgraduate Artist Diploma from Trinity Laban Conservatoire of Music and Dance, supported by scholarships from the Ashley Family Foundation and Pauline Holden.