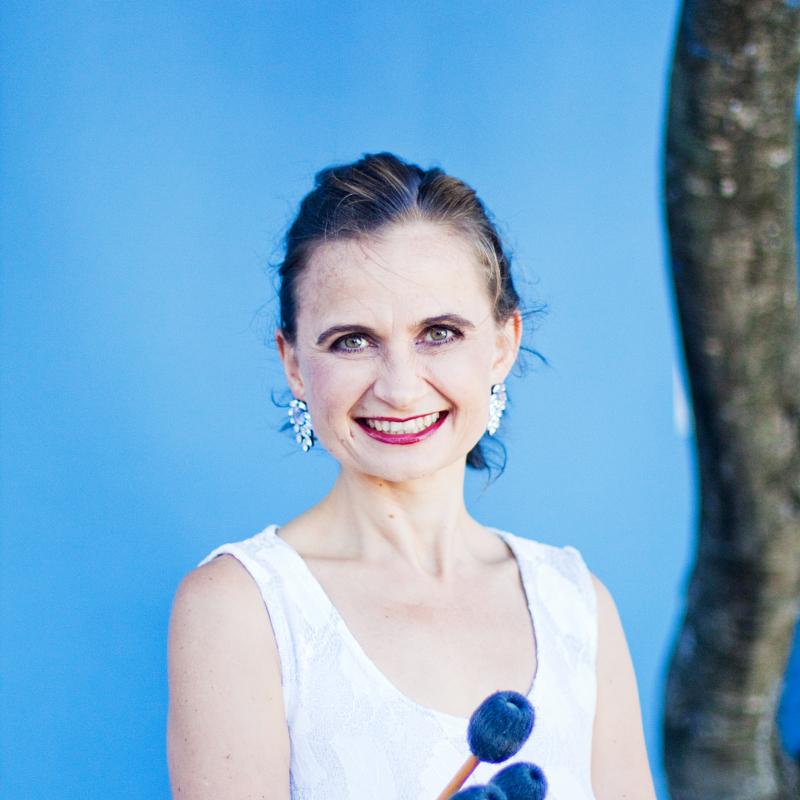 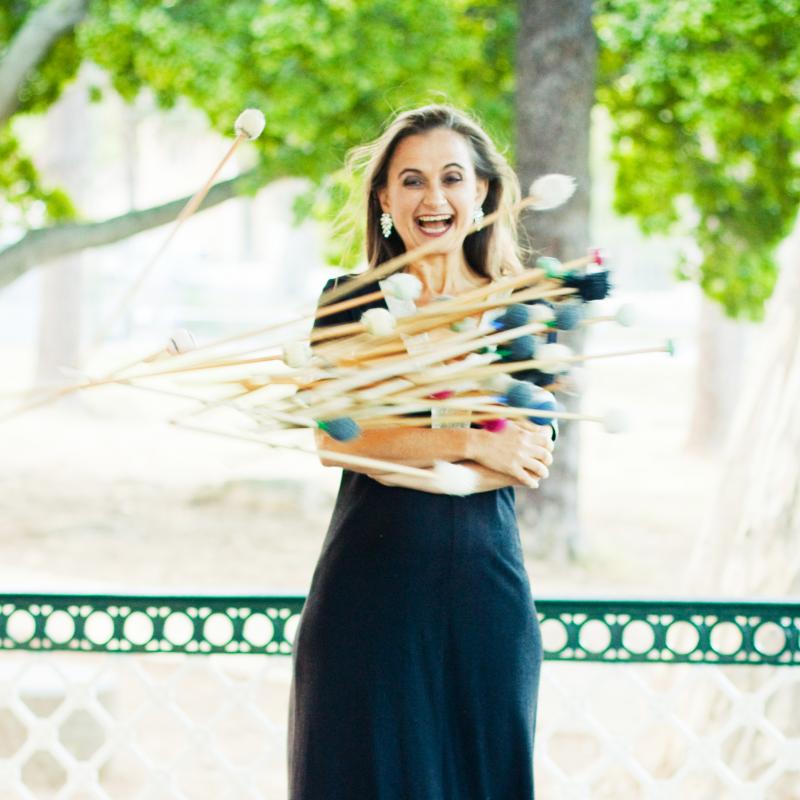 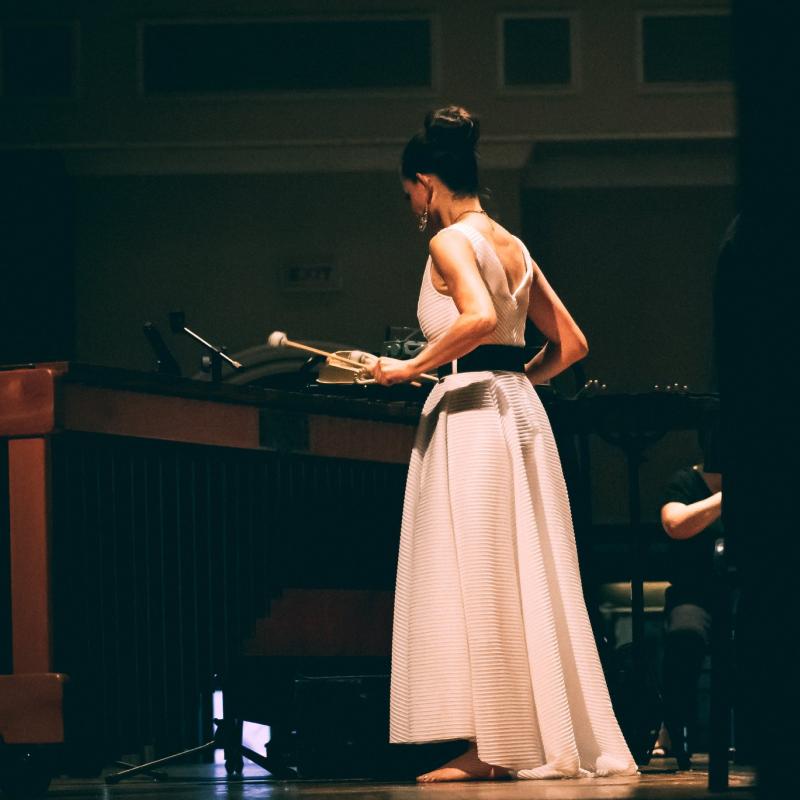 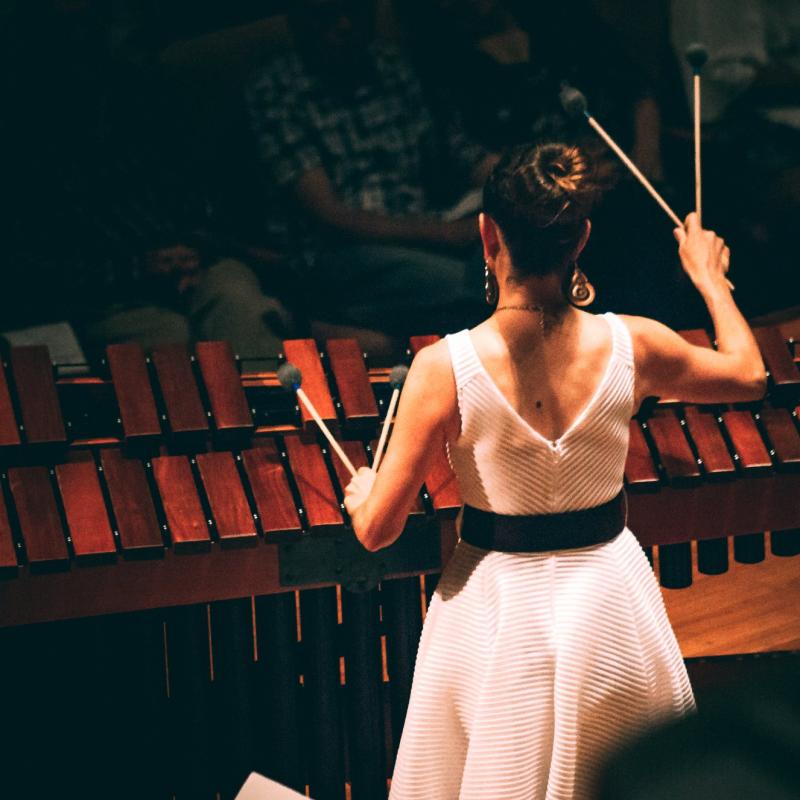 "I am still so overcome by emotion. Thank you, from the bottom of my heart, for building such incredible instruments! Everything about it is just superior and beyond perfection. Thank you for your passion, your vision, and the exceptional skill that goes into every single marimba you produce"

In May 2001 she won first prize in the Performing Australian Music Competition in London and was subsequently featured as guest soloist on the live radio broadcast of BBC3 In Tune.

In January 2003 she opened the series Music Oz: The Australia you’ve never heard before at St John’s Smith Square in London, and appeared on invitation of the Australian High Commissioner as guest artist at the Australia Day celebrations in London.

May 2003 saw the debut recital of EXPOSURE (marimba/saxophone duo with British saxophonist Sarah James) in London’s Purcell Room, and during June/July of the same year she returned to Tokyo on invitation of Prof. Sugahara to perform a series of solo, ensemble and orchestral concerts.  EXPOSURE continued their success by completing a South African concert tour in March/April 2004.

Since 2005 her concerto performances included works by Ney Rosauro, Alan Hovhaness, Bèla Bartok and Karl Jenkins. In June 2013 she performed the world première of Peter Klatzow’s Concerto for Marimba, Vibraphone and Strings; in November 2014 the world première of Toccata Exotica for solo marimba and orchestra by Allan Stephenson and in September 2016 Hendrik Hofmeyr’s Concerto for Marimba and Strings. In November 2016 she was one of the invited soloists to tour Russia as part of the SA-Russia Cultural exchange programme and performed to great acclaim in Moscow and Saint Petersburg.

As adjudicator, she was chairman of the Stellenbosch National Ensemble Competition (2005 – 2015) and has been on the panel of the Performing Australian Music International Competition in London, ATKV Muziq and the SAMRO Overseas Scholarship. As educator, she lectures marimba at Beaulieu Preparatory School and percussion at Afrikaans Hoër Meisieskool (Pretoria). She has also set all the percussion syllabi for the University of South Africa Directorate of Music practical examinations.

Magdalena, the only Marimba One™ endorsed artist on the African continent, continues to strive to expand the marimba repertoire by commissioning South African composers and promoting the classical marimba as a full-blown solo instrument.