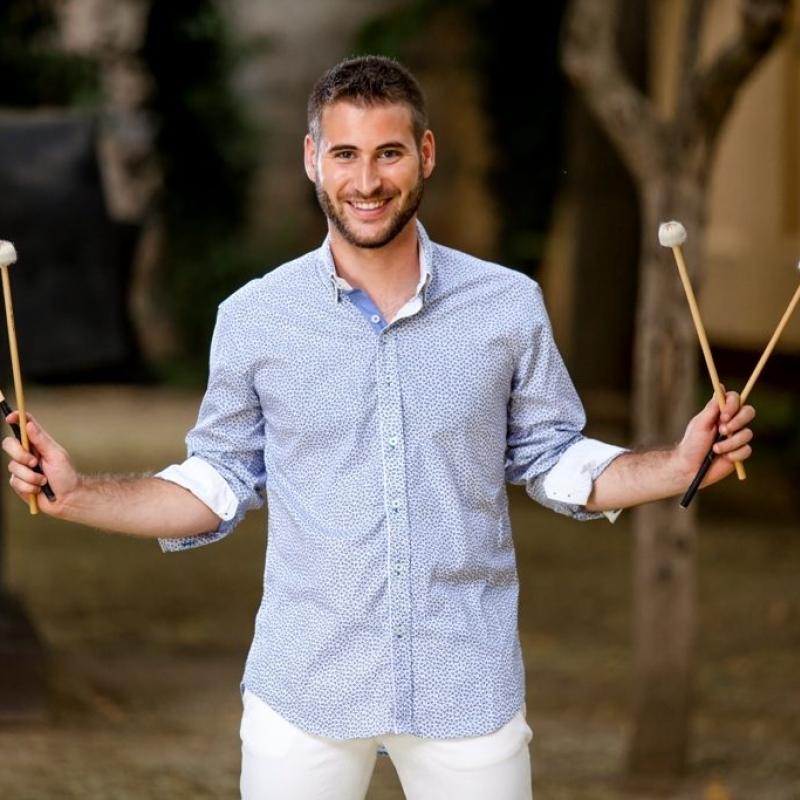 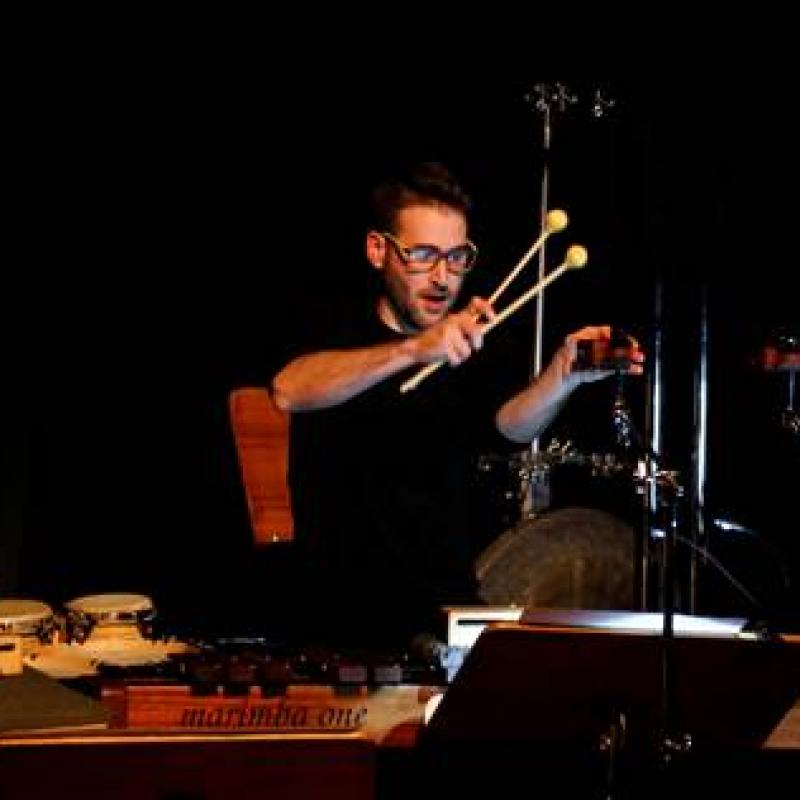 Marimba One has no limits. Besides a very nice bass fundamentals and a delightful middle register, as a contemporary music percussionist I tried nearly everything on the instrument: playing with bows, superballs and all kind of preparations. With this instrument I make sure to have a great sound for my ensemble (Ensemble Schallfeld) and also as a soloist and chamber music musician.

Manuel Alcaraz is a Spanish percussionist based in Graz, Austria, specializing in the interpretation of contemporary music.

In 2013 he was awarded the 1st prize in Percussion at the Jeunesses Musicales National Competition in Spain. This award enabled him to promulgate the contemporary percussion repertoire in concert halls across Spain.

Since 2016, he has been a regular member of Ensemble Schallfeld, a contemporary music ensemble based in Graz, Austria.

Since 2016 Manuel has collaborated regularly with the Lucerne Festival Alumni, taking part in productions such as “Matthias Pintscher’s Universe” in the Elbphilarmonie Hamburg. Moreover, In the season 2017-2018, Manuel participated on the Project “Young Performance- NOMOZART”, produced  by Lucerne Festival and directed by choreographer Maged Mohamed.

Manuel received his Bachelor Degree at ESMuC (Catalonia College of Music, Barcelona). In 2015, he completed his Master in solo performance at ESMAE (Oporto, Portugal) with Professor Miquel Bernat. In January 2018 he completed the Master Program ‘PPCM (Practice and Performance of Contemporary Music)’, where he worked alongside the members of Klangforum Wien.

Manuel is a Marimba One™ Educational Artist Since 2019.