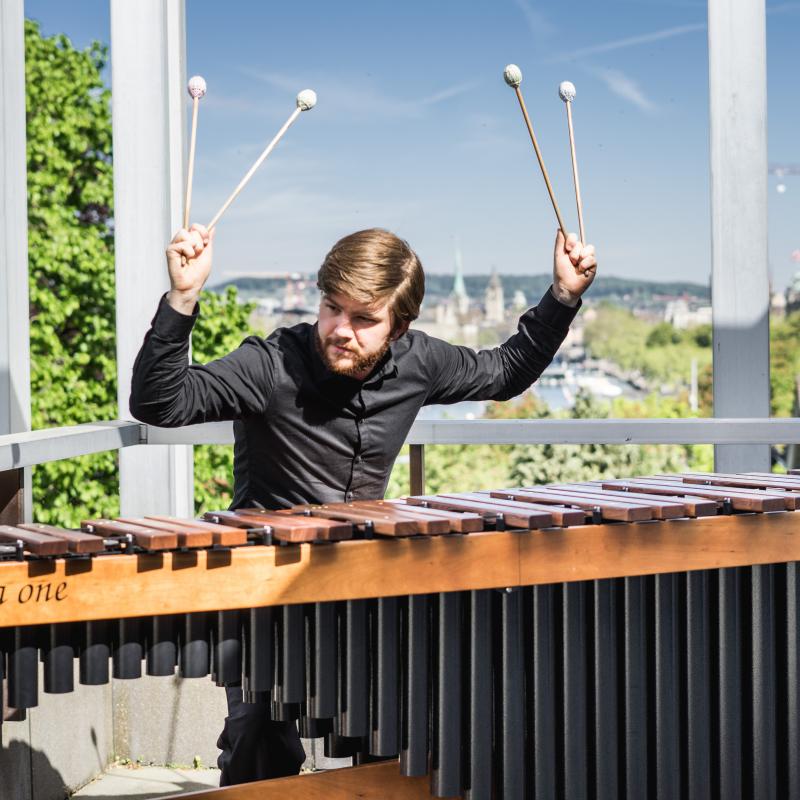 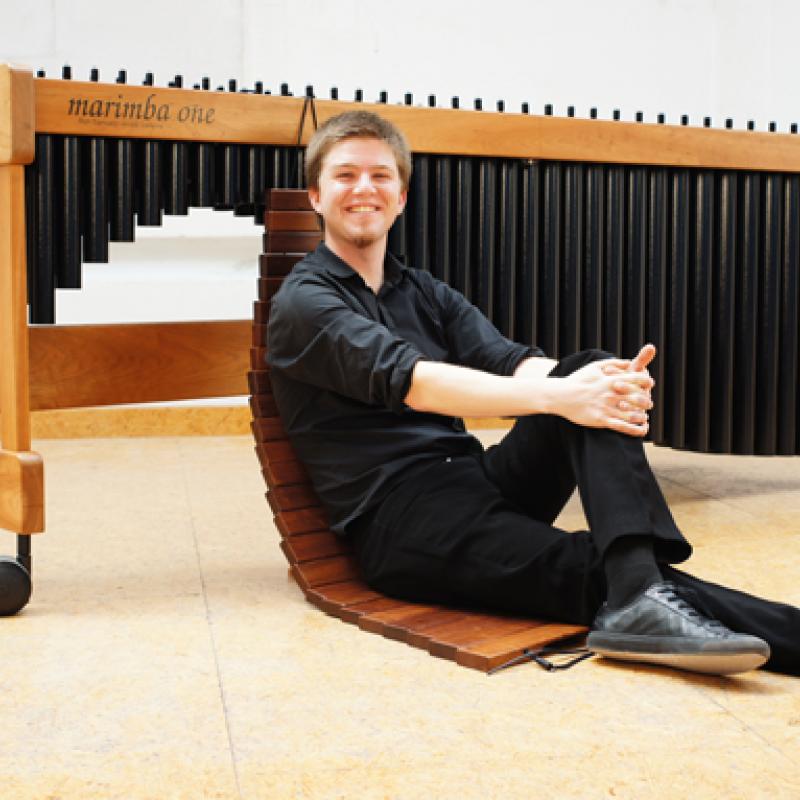 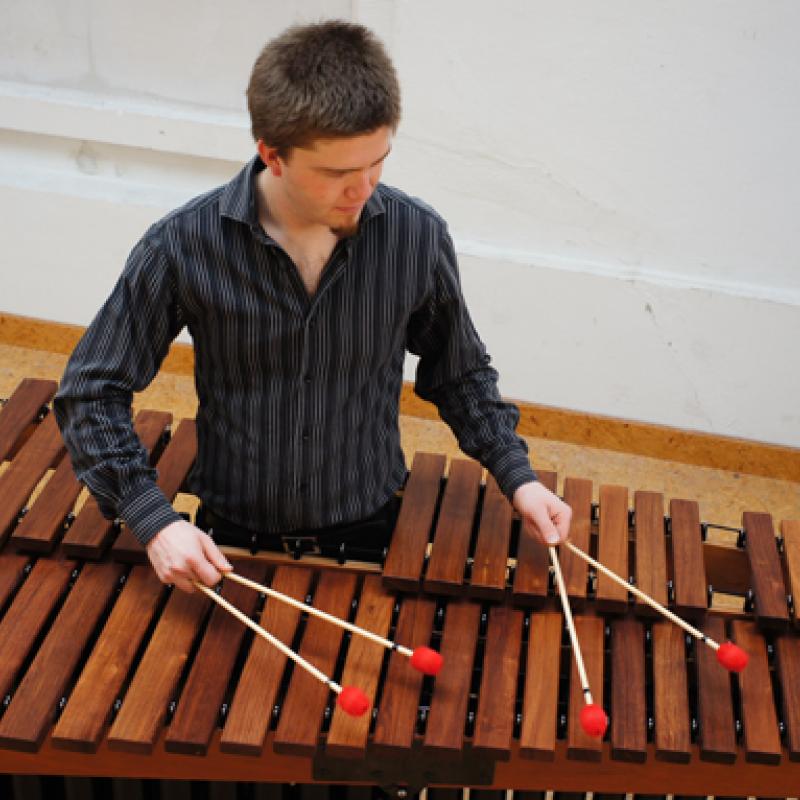 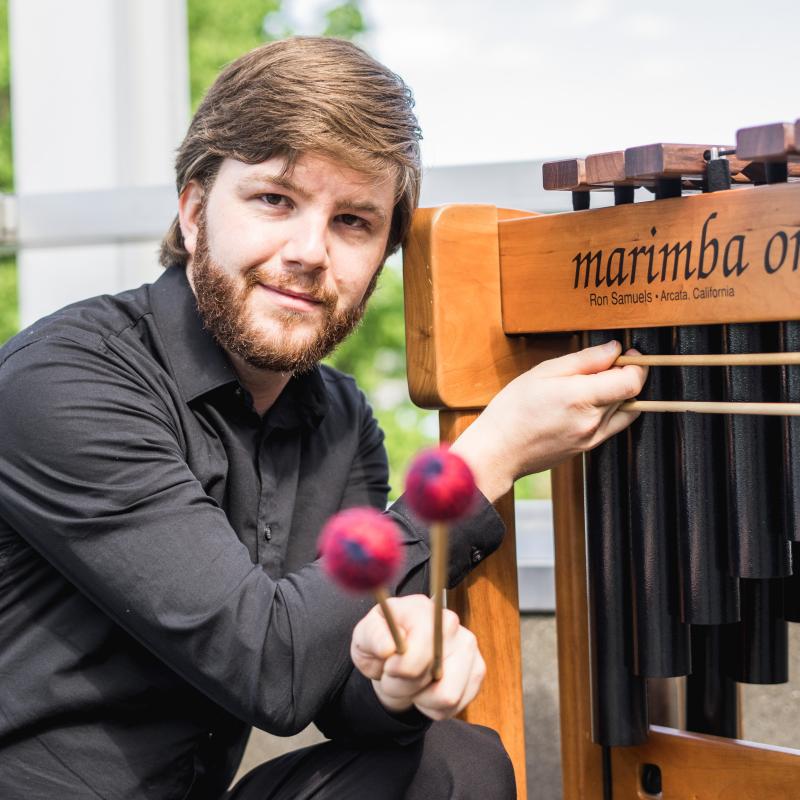 "My Marimba One™ is the instrument I chose out of all the brands I knew. I cannot think of playing on any other instrument, because so far, it has never failed to convey what I want to share as an artist. It is just the right medium between me and my audience."

Manuel Leuenberger was born in 1988 in Thun, and found himself fascinated with music from an early age onwards. At the age of six, he began to learn how to play the cello, but was soon intrigued by percussion. In early 2005, he discovered the marimba, and, thus, found the instrument that gave him the possibility to express himself musically. A year later and for the very first time, he performed as a soloist accompanied by an orchestra, and won the first prize with distinction at the 31. Schweizer Jugend Musik Wettbewerb.

In the summer of 2010, Manuel Leuenberger concluded his Bachelor’s degree with honours, having been taught by Horst Hofmann, Thomas Dobler and Rainer Seegers at the Zürcher Hochschule der Künste (ZHdK). Furthermore, he made his debut at the Tonhalle Zürich playing Emmanuel Séjourné’s 'Concerto No. 1 for Marimba and Strings'.
Manuel Leuenberger has already enjoyed the possibility to work with significant fellow marimba artists, such as Katarzyna Myćka, Svet Stoyanov, Emmanuel Séjourné, Pedro Carneiro and Shoko Sakai. In the autumn of 2011, he performed as the soloist together with the Donau Symphony Orchestra Budapest and, in the same month, received the opportunity to premiere Emmanuel Séjourné’s 'Magellan Concerto' for multipercussion and string orchestra.

At the beginning of the year 2012, Manuel Leuenberger’s first own composition 'Anna' for Marimba Solo was published by the Danish publisher Edition Svitzer. In the same year, he received a full scholarship provided by the Frost School of Music at the University of Miami, in order to continue his studies with the Bulgarian virtuoso Svet Stoyanov.

In the autumn of 2012, Manuel Leuenberger was given the privilege to perform as the soloist accompanied by the Schweizer Jugend Sinfonie Orchester (SJSO) and hence debuted the commissioned piece 'Tides' for Marimba and Orchestra by Maurus Conte. During a second concert tour in the following year, he played concerts in Switzerland and Germany. He performed an arrangement of the famous piece 'Scaramouche' by Darius Milhaud together with the Swiss Saxophone Orchestra under the direction of Harry White.

Manuel Leuenberger is supported by marimba one™.