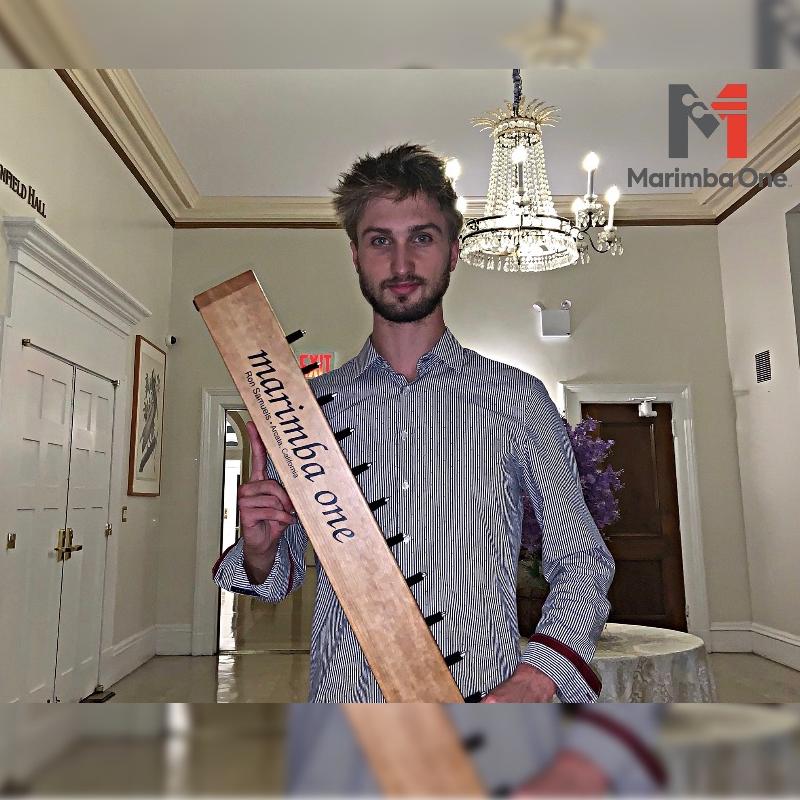 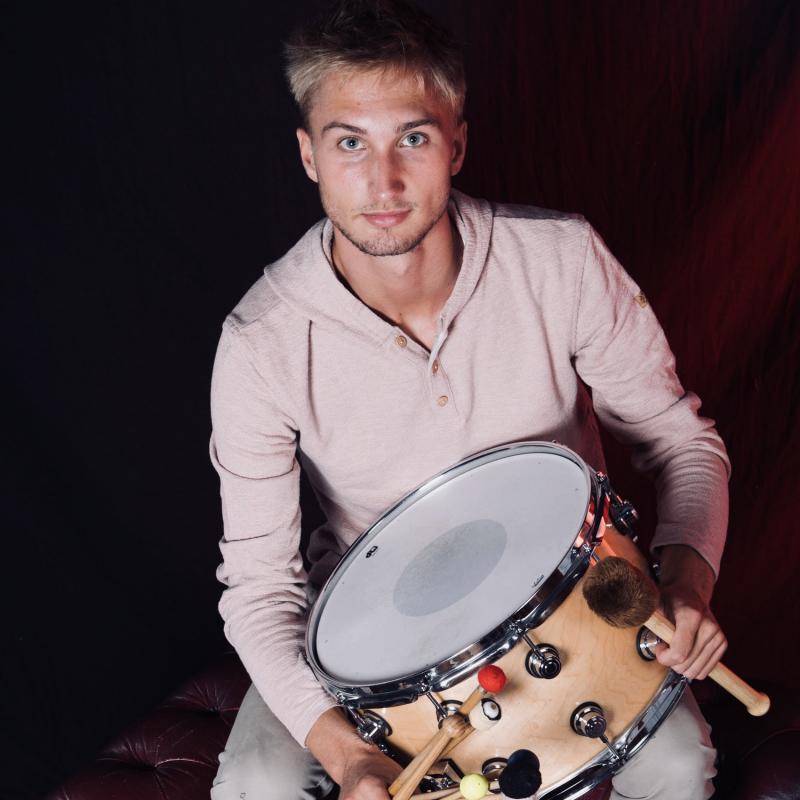 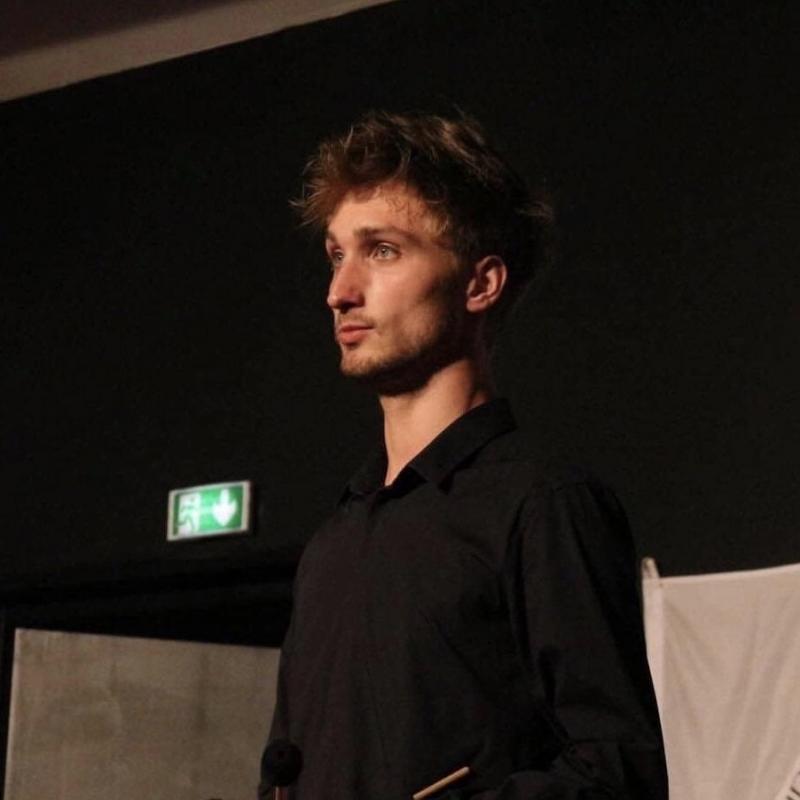 Born in 1998 in Lens, France, Matthias Ziolkowski began learning music at the age of 6. A year later, he joined the municipal music school of Montigny-en- Gohelle, Marie Claude Saniez introduced him to Percussion instruments.

In 2009-2010 he became aware of his passion for music and applied himself seriously to learn different teachings. He won the national competition «Petites Mains Symphoniques» and a place in the orchestra followed by a three years tour. Through this experience in a national orchestra made up of 100 musicians, he made his first steps with great artists, he met great composers, conductors and musicians, such as Didier Lockwood, Amaury Vassili, Michel Leeb, Vincent Delerm, Nicolas Genest, Sarah Nemtanu, Dominique Spagnolo,..., he learned in the recording studios, then on stage.

It is also an opportunity to travel and discover Parisian halls such as the Champs-Elysées Theater, the Casino de Paris, Pleyel Concert Hall, the Palais des Congrès, Olympia, etc..., at the 3 Pierrots Theater in St Cloud, where he plays the first part of Percussions Claviers de Lyon.

In the provinces also for the Universal Orchestrades of Brive-la-Gaillarde in August 2011.

The following month, he joined a scheduled class at the Douai National Conservatory. He stayed there until High School graduation and learned alongside Jean-Louis Raison, then Thierry Deleruyelle.

That same year, he unanimously obtained his
« D.E.M » in Percussion with the highest honors.

In 2017, he enrolled in the « Perfectionnement Cycle » in order to prepare the entrance exams for others schools in France but also abroad.

In 2019, he finished his Improvement Cycle unanimously.
He is also admitted to the prestigious Manhattan School of Music in New York.

In addition to his studies, having a real attraction for the orchestra, he performed in different types of orchestra.
Montigny-en-Gohelle Wind Band Orchestra conducted by Olivier Degardin (Championship division by the CMF), who takes him to Hungary and Germany, an opportunity to be made aware of other cultures.

Brass Band Nord Pas-de-Calais, which has become the Hauts-de-France Brass Band led by Luc Vertommen (also in the Championship division by the CMF), which gives him access to the Amboise Open championships in 2015 , the title of champion of France in Lyon in 2017, then winner of the Vlamms Open Brassband Kampioenschap (Belgium) in 2018.

The Paris University Orchestra allows him to play at the Invalides and at the Grand Amphithéâtre de la Sorbonne.
The French Youth Orchestra under the direction of Fabien Gabel, with the privilege of playing in attractive places such as the Théâtre de Besançon, Théâtre de Vesoul, Notre-Dame Cathedral in Laon, the ‘Nouveau Siècle’ of Lille, the Konzerthaus in Berlin, the Imperial Theater of Compiègne, Philharmonie de Paris...

During 2017-2018, he was selected to play a musician role in the film "L’Empereur de Paris" by Jean- François Richet, with Vincent Cassel, Patrick Chesnais, Fabrice Lucchini distributed by Gaumont.

Since September 2019, he has been studying at the Manhattan School of Music in New York. As teachers, he benefits from the best international percussion soloists, including Christopher Lamb, She-e Wu, Duncan Patton, Kyle Zerna and John Riley.

In 2020, he is admitted to the Miami Classical Music Festival and the Berlin Opera Academy.

Since August 2020, he is endorsed by Marimba One, company based in California.