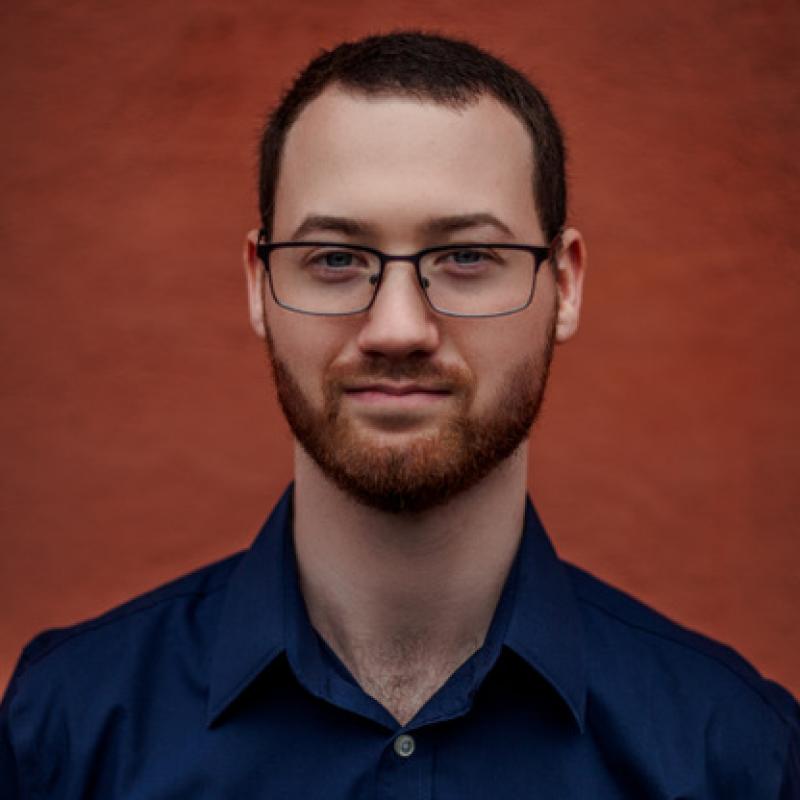 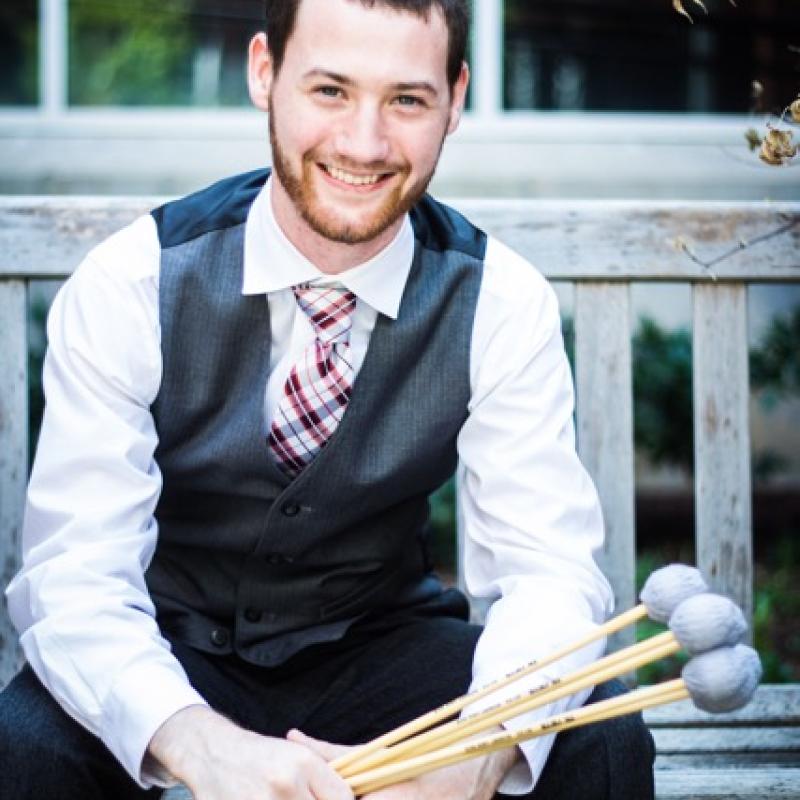 "I choose to play on Marimba One instruments because they are the best on the market. The depth, warmth, and resonance of each bar lets them sing. It is a joy to play on an instrument of such high craftsmanship and quality."

Micheal Barnes is a freelance percussionist based in Cincinnati, OH. He is a member of Three by Radio, the 513 Trio, and the Barnes Duo, and has made appearances with the h2 saxophone quartet and concert:nova. He has previously performed at the National Conference on Percussion Pedagogy and the Percussive Arts Society International Convention and will premiere new works at the 2021 National Flute Association Convention and the 2021 International Clarinet Association ClarinetFest. Micheal is actively working to grow the repertoire available to percussionists, having premiered and commissioned over two dozen works to date by composers such as Robert Paterson, Stephen Cabell, Zack Browning, Jim Loughery, and Joseph Harkins, among others.

As a well-rounded performer, Micheal is also comfortable in both large ensemble and solo settings. He has previously performed with the American Modern Orchestra, the National Youth Orchestra of the United States of America, the Symphony of Northwest Arkansas, and the Fort Smith Symphony. His ensemble performances have taken him to Russia, the United Kingdom, Japan, and across the United States. Awarded the 2017-2018 American Prize in Solo Instrumental Music, Micheal has been a featured soloist with the Oklahoma State University Wind Ensemble, the University of Oklahoma Symphony Orchestra, the Delta Symphony, the University of Cincinnati College-Conservatory of Music (CCM) Chamber Choir, CCM Chamber Orchestra, and the Cameron University Percussion Ensemble. He placed in the Naftzger Young Artist Competition, the Coeur d’Alene Symphony National Young Artist Competition, the Great Plains International Marimba Competition, the Hellam Young Artist Competition, and the U.S. Army National Collegiate Solo Competition and was named the winner of the Oklahoma Day of Percussion Collegiate Solo Snare Drum Competition and ENKOR International Music Competition.

Micheal has presented papers on percussion pedagogy, embodied cognition, and conceptual metaphor theory at NCPP, PASIC, and the CHRONOS Multi-Disciplinary International Percussion Symposium. He has composed works for solo percussion, percussion ensemble, steel band, and marching band, and has published articles in Percussive Notes and Rhythm! Scene. His theory master’s capstone portfolio contains writings on the works of Applebaum, Druckman, Bach, and Abe, focusing on elements of embodied cognition, the interaction of instruments, bodies, and analysis, and the use of Schenkerian concepts in percussion pedagogy.

As an educator, Micheal has taught in a variety of settings, ranging from K-12 private lessons to conservatory music theory and aural skills courses, both in the United States and abroad. In 2015, Micheal was awarded a teaching fellowship to work with the National Youth Orchestra and Choir of Belize. After graduating from CCM, he co-founded the Cincinnati Percussion Festival to provide affordable and excellent music education to percussion students in the Greater Cincinnati Area.

Micheal holds an MM in Music Theory and an MM in Percussion Performance from the University of Cincinnati College-Conservatory of Music and a BM from the University of Oklahoma. His primary percussion teachers include Jim Culley, Rusty Burge, Lance Drege, Andrew Richardson, and Stuart Langsam. He is a member of the Percussive Arts Society and Society for Music Theory. Micheal is a Vic Firth Educational Artist, Marimba One Educational Artist, and Zildjian Artist.