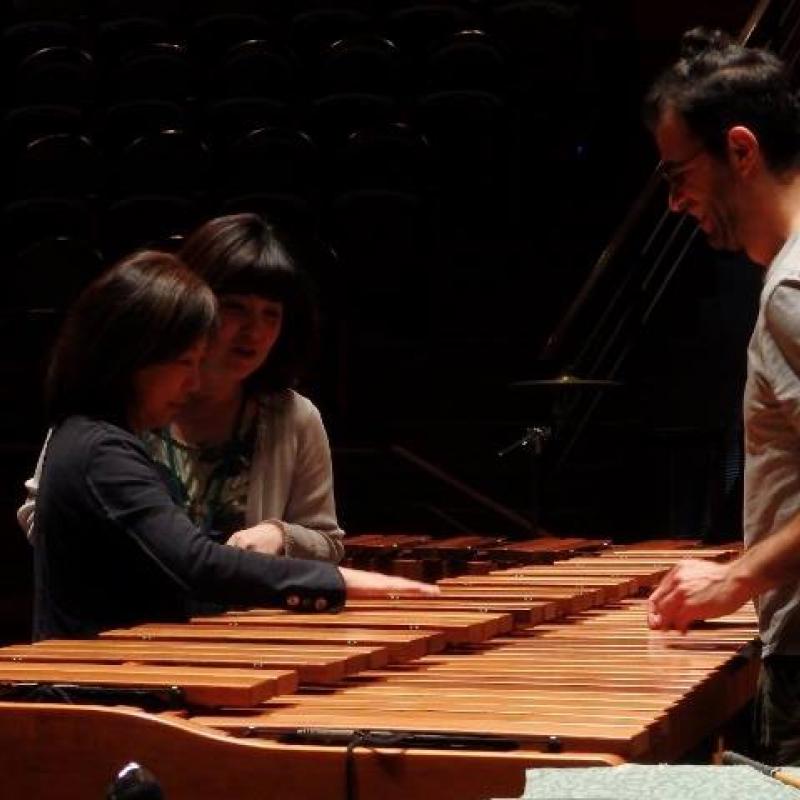 Marimba One™ - no buzzes, no rattles, no 61 different instruments. The best marimba created to date, a real work of art.

Percussionist Miguel Gonzalez was born in Mexico City in 1973. He started musical training at age 4, and since then, it has been his non-stop activity and way of life.

He began study on oboe and recorder flute, later switching to percussion with the drum set as his main instrument.

Miguel then spent a year at the Musician's Institute in Los Angeles - learning style with Efrain Toro, sight reading and swing with Joe Porcaro, independence and odd meters with Ralph Humphrey, and funk with Takashi Numazawa.

Back in Mexico, while working as a professional drummer, Miguel met Tambuco, the internationally renowned percussion quartet which he would later join. Exposure to a 5 octave marimba and other new percussion instruments and repertoire changed his musical path for good. He founded the XOC Percussion Ensemble, and with one of the quartet's members, Juan Martinez, won the 1st prize at the international marimba duo competition in Belgium 2001.

In 2003, Miguel joined Tambuco, with whom he has performed in India, Saudi Arabia, Egypt, Lebanon, China, Australia, Peru, Colombia, most of Western Europe, the US and Canada. Recordings with Tambuco include the Grammy nominee Chavez Complete Chamber Music Vol. II and the Tambuco Iberoamerican Series Vol. II.

Miguel obtained his bachelors from the University of Veracruz, with teachers Jesus Reyes and Alvin Krueger, and his masters from the Lemmensinstituut in Belgium under Leo Ouderits and Ludwig Albert. In addition to ensemble work with XOC and Tambuco, Miguel has played with the Xalapa Symphony Orchestra and as the Exacta Duo with Lynn Vartan. Miguel is currently head of the percussion department at the Las Rosas Conservatory in Morelia, Mexico, where he teaches marimba and percussion full time.