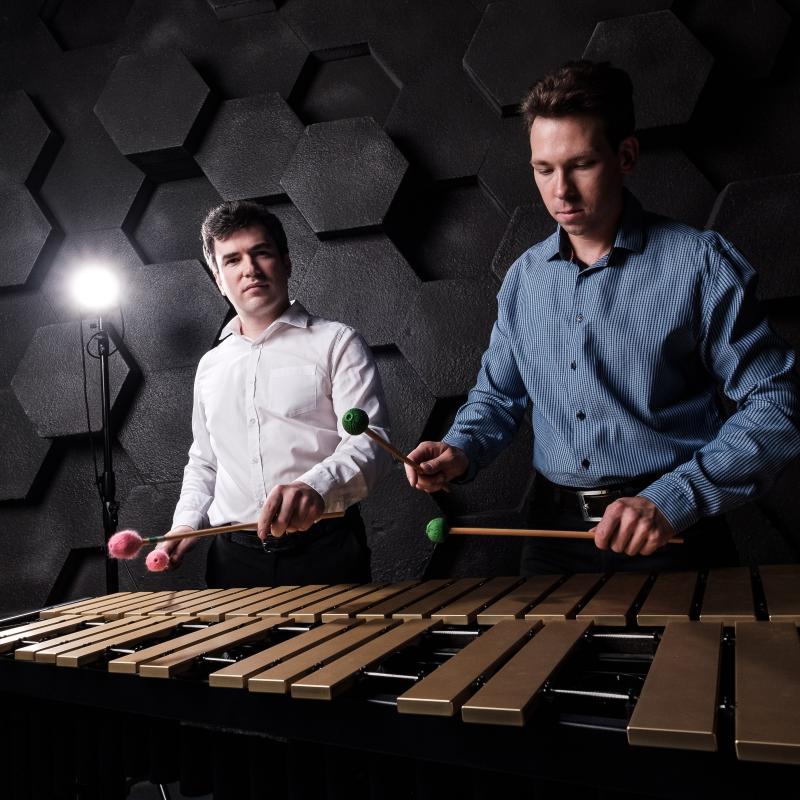 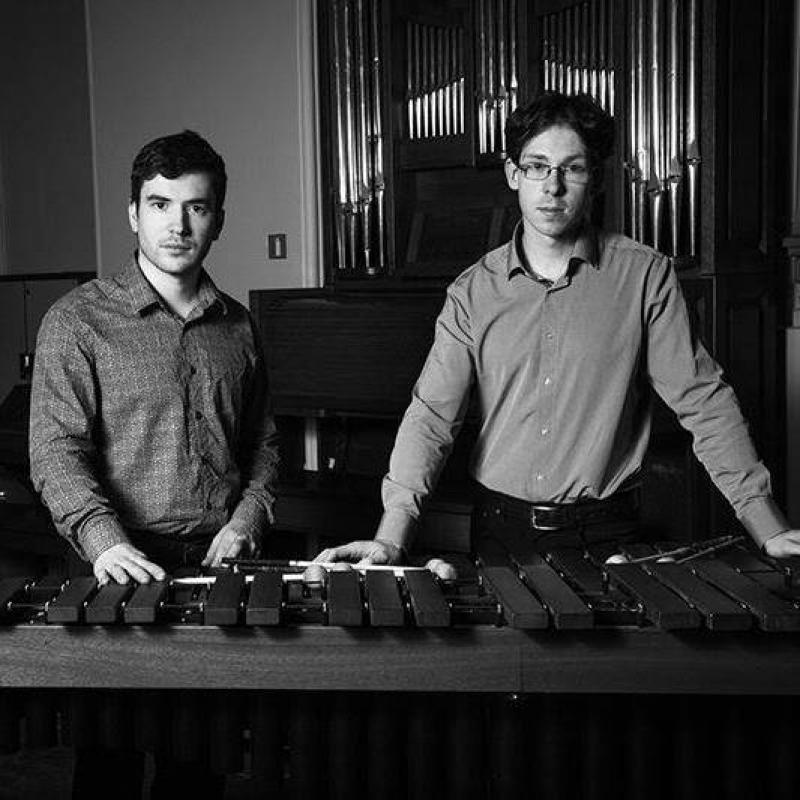 Marimba One sounds great in every circumstance: if the acoustics are sustaining in the hall and sounds last long I just can simply use harder mallets so the sound becomes precise. This sort of instrument itself gives a deep and rich sound, so music earns much expression and passion.

Vladimir Terekhov and Mikhail Putkov became the first Russian artists of the famous American company Marimba One, which produces marimbas and vibraphones of highest quality with perfect sound. Also they endorse Agner Swiss drumsticks company and Agean Turkish Cymbals. Mikhail and Vladimir created the greatest concert association of percussion players in Russia - PercaRUS Group (more then 30 percussionists) and played many concerts together with this team.

Vladimir began studying music when he was six and a half years old. He remembers when he was a little boy and his mother introduced him to his future teacher,  Ludmila Krasilnikova with whom he was to study with for many years. “When I came into the class room she was so surprised to see such a little boy and said: "What should I do with such a babyboy?!"”  But since the moment he was accepted to study with his amazing teacher everything became quite successful in his musical life. He won many  Russian and International music competitions. Afterwards he continued his studies at the Alfred Schnittke College of Music and during his last year there, he became the second timpani soloist of the Moscow Symphony Orchestra "Russian Philarmonic. " At the same time, he also entered the Gnessin Russian Academy of Music to complete his BMus course. Within four years, he received an invitation to join one of the most famous Russian orchestras - the "Eugeny Svetlanov" State  Academic Symphony Orchestra. During these years his concert life was quite intensive as well: His played many concerts both as a soloist and ensemble percussionist in the Gnessin Percussion Group and became a winner of numerous amount of competitions such as:  4th "Nesterov" Russian Percussion Competition (2011), First Russian Percussion Competition in Moscow (2012), Fifth International Brass and Percussion Competition in the Moscow State Conservatory (2013).

Mikhail Putkov received a master's degree at Russian Gnesin's Academy of Music in 2015 (Main study teacher - professor Dmitry Lukianov).
Since 2012 Mikhail has been an artist of State Academic Symphony Orchestra of Russian Federation, under chief-conductor Vladimir Jurowsky. Since 2014 Mikhail has taught at Central Moscow Musical School.
In 2015 Mikhail began teaching at Russian Gnesin's Academy of Music and created his author theoretical and practical course, unique for Russia - "Learning of orchestral excerpts for percussion instruments and history of orchestra percussion playing". Mikhail plays in different musical styles from the baroque music to the contemporary academic and rock music. Mikhail often plays as a soloist and in ensemble.

In addition to working in Percarus Duo, Mikhail is also playing in symphonic orchestra, Gnesin Percussion Group and Mooncake New Music Orchestra. With Mooncake Orchestra Mikhail produced the only multimedia planetarium show in Europe (in Moscow planetarium) - "Space Odyssey”. Mikhail is a laureate of many all-Russian and international competitions, the most important of them are Italy PAS 2014 (Vibraphone), Drum Wave international percussion competition in Saint-Petersburg 2015, Drum Fest Russia 2016 in Moscow, "Renaissance" 2016 in Armenia. Students of Mikhail are also laureates of many international competitions. Mikhail played as a soloist in such concert halls like Big Concert Hall of Moscow Conservatory, Tchaikovsky Concert Hall, St. Peter and Pavel Lutheran Cathedrale in Moscow, Moscow Planetarium, Erarta Museum of Contemporary Art in Saint Petersburg, Olympus Hall in Seoul etc. In orchestra Mikhail worked together with many world-famous conductors like W. Marshall, S. Dutua, V. Gergiev, G. Rozhdestvensky, V. Jurowsky, V. Petrenko, A. Lazarev and others.

In 2016 together with fellow percussionist they created the "Percarus Duo”. Vladimir says “Marimba One gave me a wonderful chance to practice at home which is the most important thing in developing your own sound and musical flexibility. Also it became possible to make recent solo concerts. My marimba sounds great in every circumstance: if the acoustics are sustaining in the hall and sounds last long I just can simply use harder mallets so the sound becomes precise. This sort of instrument itself gives a deep and rich sound, so music earns much expression and passion.” Vladimir currently works at the Eugeny Svetlanov State Academic Symphony Orchestra and teaches at the Moscow Beethoven Music School.