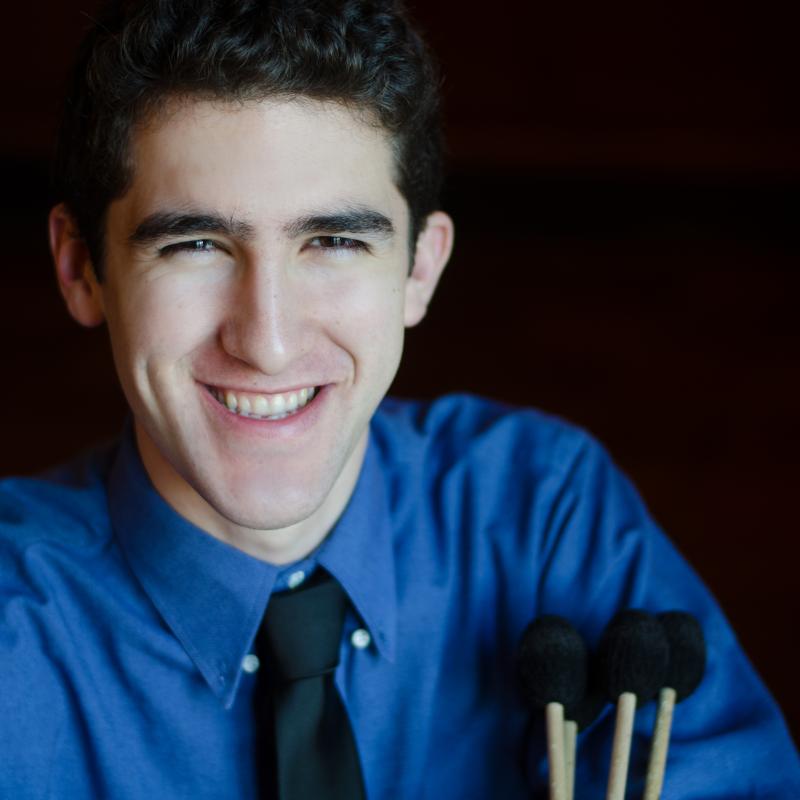 "When I step in front of a Marimba One, there’s a freedom knowing my musical ideas will be naturally translated into actual sound; a sense of being at home. Whether a multi-percussion concerto with orchestra, multimedia performance, or workshopping new music with a composer, it is invaluable arriving to a marimba I can count on."

An active concerto soloist, Ferry has championed the percussion concerti of Joe Duddell, Emmanuel Sejourne, Michael Torke, Ney Rosauro, and Jacob ter Veldhuis and many more. Ferry's performance in Michael Daugherty's multiple-percussion concerto "U.F.O.” includes theatrical and lighting design elements, for which the composer called Ferry “one of the most promising and committed soloists of his generation.” As a soloist for Elliot Cole’s concerto “The Future is Bright”, Ferry premiered the work with the ten ensembles throughout the country that co-commissioned the work.

A TEDx speaker, Ferry delivered the closing talk and performance on creative collaborations titled "Striking at the Edge." Ferry's work with choreographer Nick Pupillo, praised as "full of vitality" (Chicago Tribune), has been featured at Chicago's Harris Theater and Auditorium Theater for an audience of 2,400.

His Flames and Frequencies collaboration with live flame working glass artist Carrie Fertig was nominated for the Coburg Prize and inaugurated into the European Museum of Modern Glass's permanent collection with performances whose "effect is difficult to describe in words... cascades of new sounds... an impressive multicolored head theater whose effect can hardly be escaped" (Neue Presse Coburg).

A frequent touring recitalist, Ferry's solo shows have garnered reviews as "an artist of vision... presenting percussion in a stunning thoughtful way" (Rochester Fringe Festival critic Jeff Spevak). Recent projects include partnering with composer Marc Mellits on "Zodiac," a solo work for marimba consisting of one movement for each of the astrological horoscope signs. Ferry has given solo performances across the United States including in New York City (Firehouse Space), Chicago (Constellation), Atlanta (Goat Farm Art Center), and abroad (Sweelinckzaal at Conservatorium von Amsterdam).

His experimental collaboration with video artist Xuan has been called "breathtaking... funny, boundary-pushing, thought-provoking" (Democrat and Chronicle). 1st Prize Winners of the SMIA Competition, Earsight Duo has been hosted for residencies at Avaloch Farm Music Institute, Mana Contemporary, and has opened for GRAMMY-award winning ensemble Eighth Blackbird at South Carolina's Indie Grits Film Festival and were guests of the ensemble for a short residency at Chicago's Museum of Contemporary Art.

In the American contemporary music community, Ferry has stepped in as a guest percussionist with acclaimed ensembles Alarm Will Sound, Third Coast Percussion, Ensemble Dal Niente, and Eighth Blackbird.

With Alarm Will Sound, Ferry serves as the Artistic Director of Artistic Planning, envisioning and managing the artistic activities of one of the world's leading contemporary music ensembles.

An alumnus of the Eastman School of Music where he studied with virtuoso performer/pedagogue Michael Burritt, Ferry graduated with the first ever John Beck Percussion Scholarship, an Arts Leadership Program certificate, and the prestigious Performer's Certificate recognizing "outstanding performing ability."