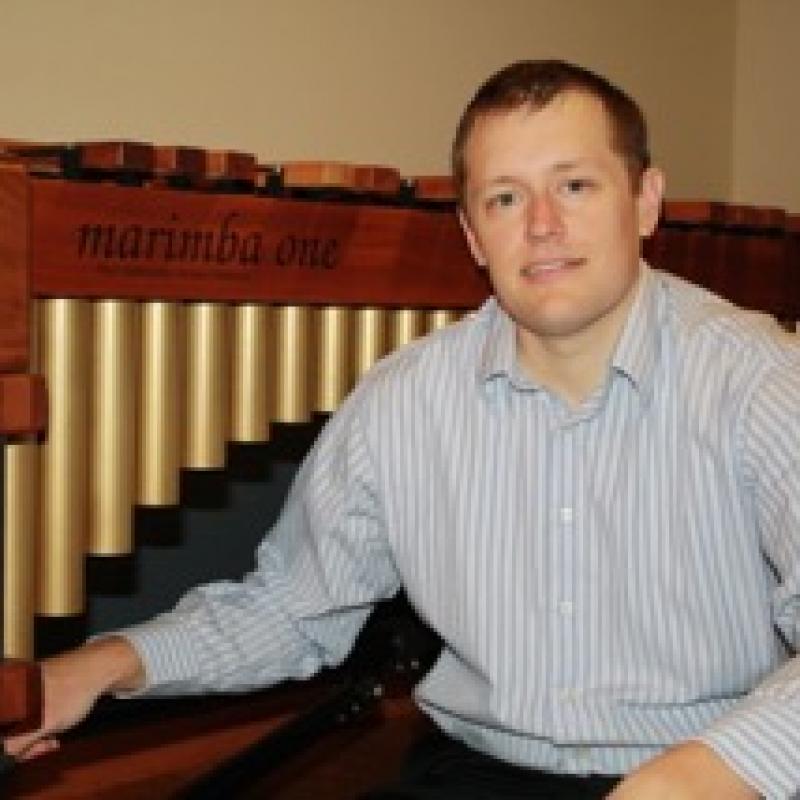 "I fell in love with the sound and quality of the Marimba One marimbas...I couldn't be happier with my choice, and I am confident that I have found my dream instrument."

Robert Zolnowski (b. 1981) is a percussion teacher, performer, and composer residing near Buffalo, NY.  He has served as head percussion instructor and composer/arranger for marching bands and drum corps throughout the United States, and he maintains a private percussion studio and performs as a freelance percussionist in the Western New York area.

As a member of the American Federation of Musicians, Robert has had the privilege of performing with Susan Anton, Frankie Avalon, Aretha Franklin, Deana Martin, Johnny Mathis, Regis Philbin, Frankie Schinte, and Frank Sinatra Jr.  In 2011, he was honored to perform as a member of the PASIC 50th Anniversary Professional Marimba Orchestra.

In addition to composing for marching bands and drum corps, Robert writes solo and chamber percussion music.  He has compositions published by Keyboard Percussion Press (KPP) as well as other self-published works.

Robert has studied African music in Ghana, West Africa with the Agbeli family and Bernard Woma.  He has toured as a drum corps member with DCI’s Glassmen (Toledo OH), and DCA’s Rochester (NY) Crusaders.