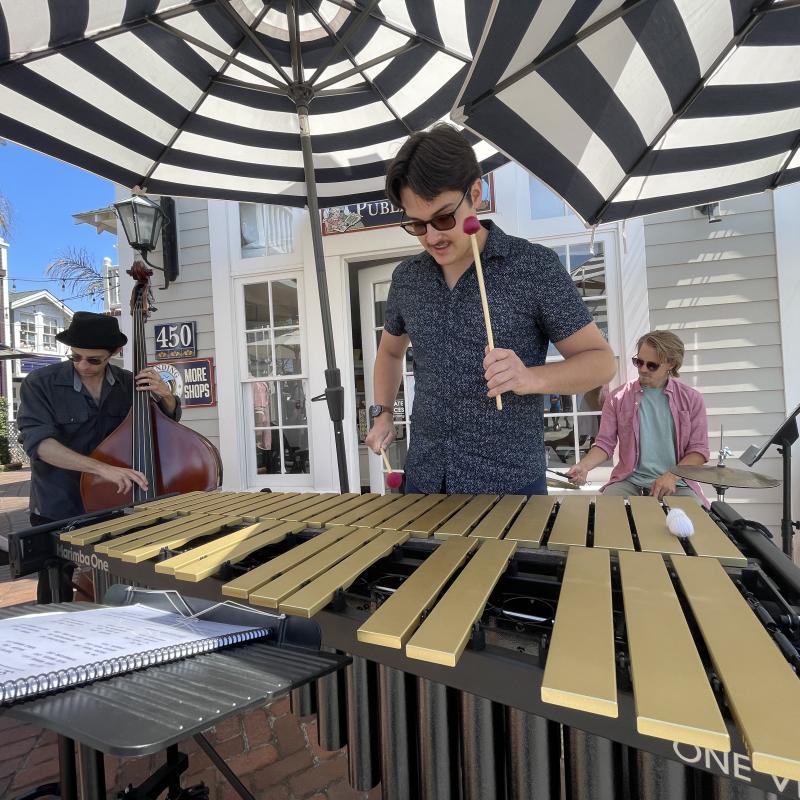 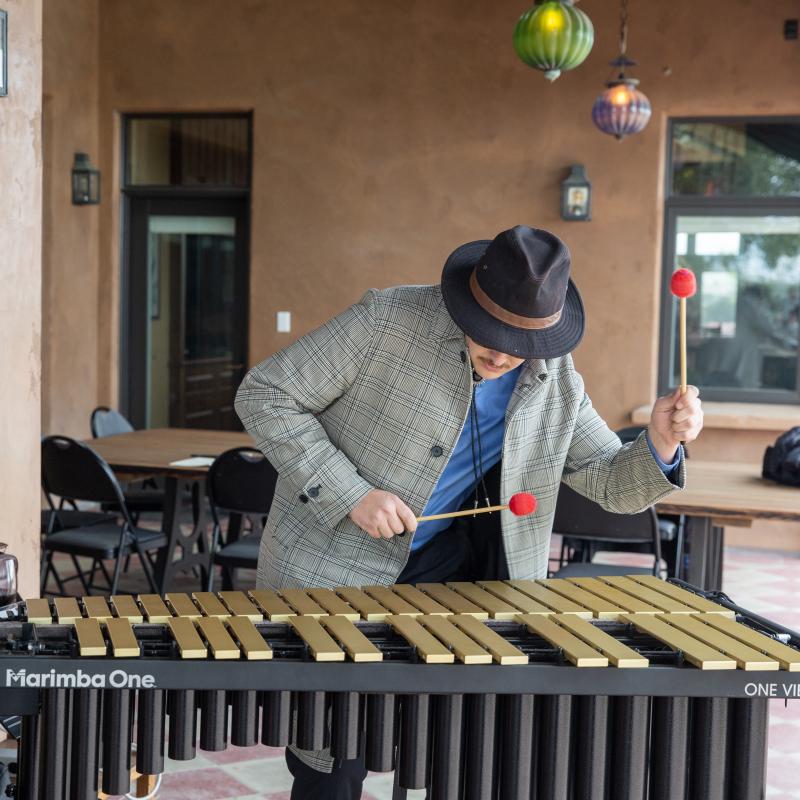 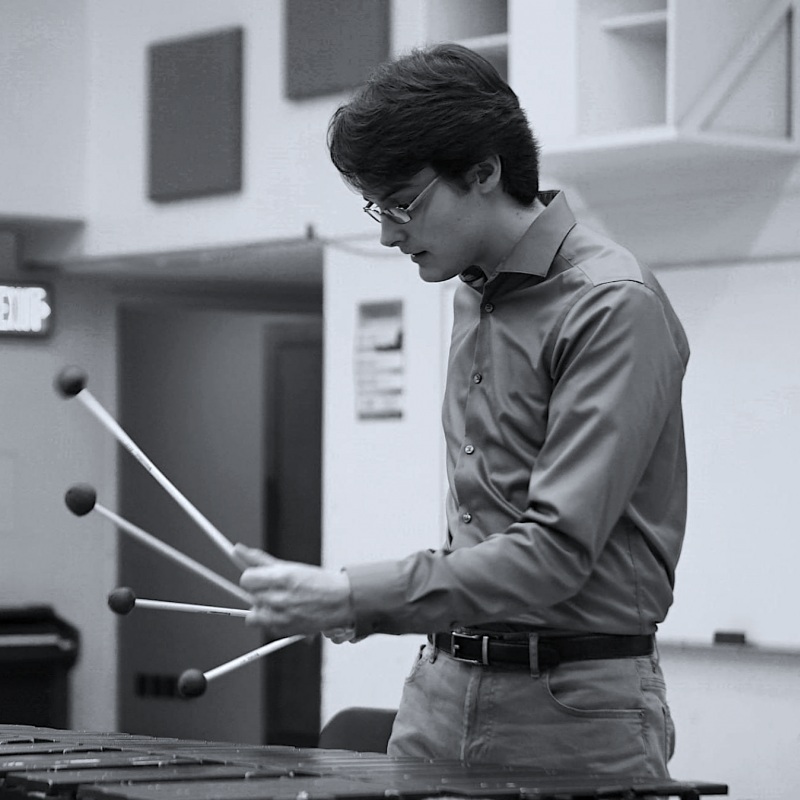 "As a gigging vibraphonist, I need an instrument that's lightweight, sounds great, and can adjust to my height. The OneVibe™️ by Marimba One is all of those things, and more! Plus, with those sleek and sturdy cases I feel more confident than ever about transporting my instrument from home to stage."

Tom started his music career on drums at 10 years old and quickly took to playing Jazz in high school, winning the prestigious Louis Armstrong Award. At age 20, he discovered vibraphone and won a scholarship to study the instrument with the great Bebop vibist Charlie Shoemake through his non-profit organization, The Central Coast Jazz Institute. After two years of intensive study, Tom moved down to Los Angeles to pursue his degree in Jazz Studies at Cal State Northridge (class of 2020). During his time in southern California, he integrated himself into the music scene as a versatile percussionist playing timpani for the L.A. Symphonic Winds or the L.A.P.D. concert band, vibraphone for the Baked Potato Jazz Jam, and drums for various pop artists.

As an educator, Tom has been working with young students since 2010 where he began teaching after school music for SLO county elementary's that had lost their music programs. In 2015, he was the inaugural music tutor for the award-winning Cuesta Community College music department. Recently, Tom has been continuing his education online and working with students weekly over Zoom. He offers private drum and piano instruction through MozArt Music Academy, where he has been working since 2018 and in 2019, MozArt Music Academy recognized Tom as a star educator and selected him for their bi-annual MozArt Maestro Award.

Tom has also been an AVID certified recording engineer since 2016 and during the past year has been taking on projects through his home recording studio called "Groove Street". He is the chief engineer and editor for a local production and advertising company, SLOtalk. When he's not mixing or mastering someone else's session, Tom is working on his debut album featuring some of the best studio musicians in southern California, set to release in 2022.