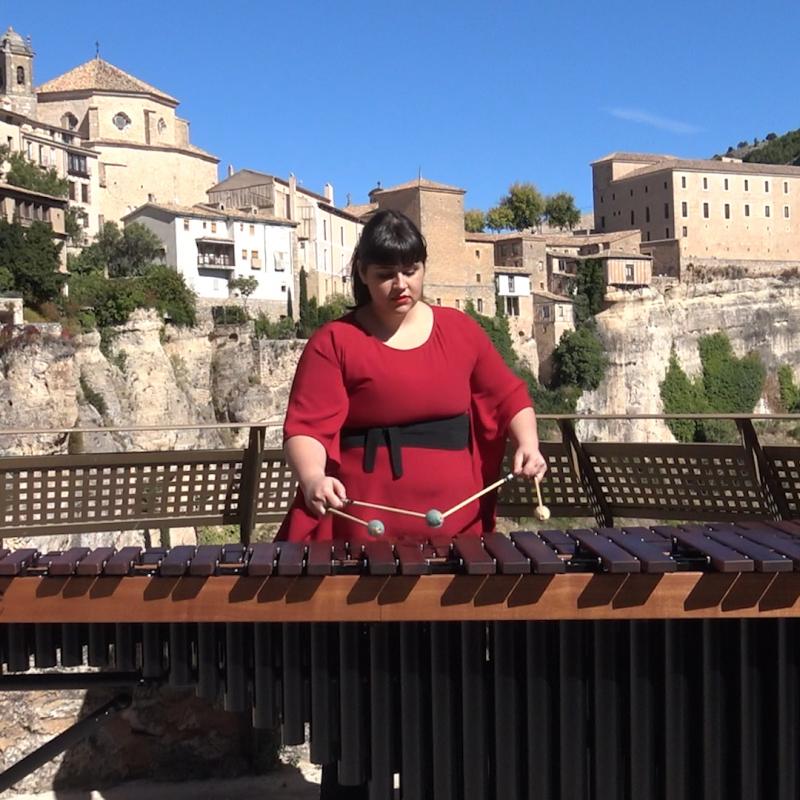 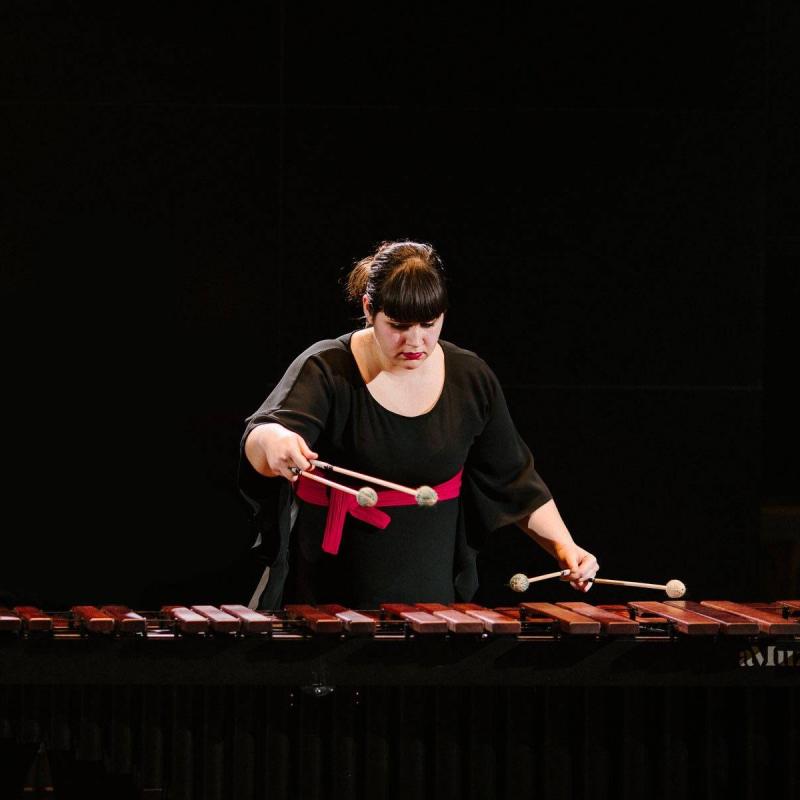 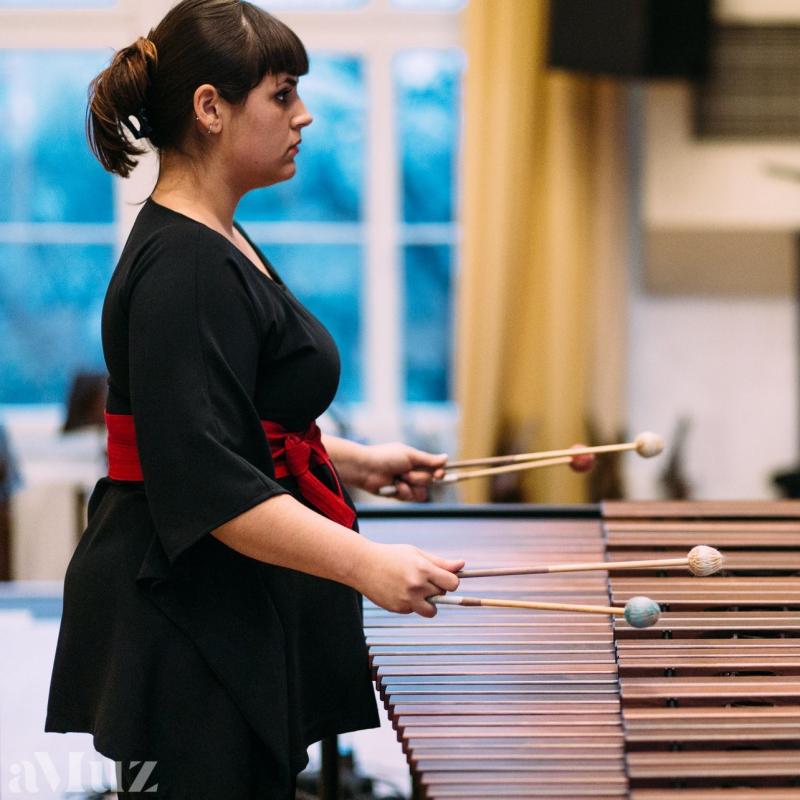 I love performing on my Marimba One because of the instrument quality and unmatched sound. In addition, the love and delicacy with which these marimbas are created makes me feel that I’m in front of a true piece of art. I can tell that every instrument has been cared for and loved from its very beginnings.

Virginia Alcarria is a marimba player who explores the fusion of arts as a means to convey her message. Her constant search to reinvent the concept “concert” has led her to create innovative and creative shows, whereby using her marimba, she connects with multiple artistic disciplines.

These shows include her creation of educational concerts with audiovisual short films “Music for Eyes”, her theatrical piece for actress and marimba player: “Hypatia” and her YouTube series titled “Virginia’s Marimba Stories”, where she presents exciting subjects related to marimba.

As a marimba player, Virginia has performed in different concerts in several European countries such as Spain, Poland, Germany and the Czech Republic. In addition, she is co- founder and creator of Málaga Brass Band, with whom she represented her country at the IBBC (International Brass Band Competition) in Montreux.

She has also collaborated with different composers reissuing or creating their pieces, such as her collaboration with Christos Hatzis on his piece for marimba and soprano titled “Haikus”. In addition, she has created her own arrangements, as her arrangement for marimba duo “Totentanz” based on a really challenging piece within the pianist repertoire composed by Franz Liszt.

Among her latest projects, includes her "Cultural exchange", a commission of 18 new works for marimba by Spanish and Mexican composers.

Virginia studied her Bachelor (university) degree in percussion in Málaga (Spain), finishing with the highest distinction as a soloist at her university. Furthermore, she has trained in other academies such as Barenboim-Said Academy in Seville, Madrid Okho and Akademia Muzyczna w Gdańsku (Poland), where she studied a master’s degree in marimba with Katarzyna Mycka.